Almaty, September 26, 2019: Just a few extra kilos, it is the biggest difference between the first and second day (Almaty Cadets Judo Championships). There are four other categories at stake, but those extra kilos also mean another type of judo. There is more wingspan, more strength and more speed. The movements
Read More 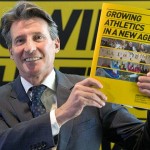 Doha, September 25, 2019: IAAF President Sebastian Coe was elected for a second term at the 52nd IAAF Congress in Doha on Wednesday (25) while Ximena Restrepo, Sergey Bubka, Geoffrey Gardner and Nawaf Bin Mohammed Al Saud were elected Vice Presidents (Coe reelected IAAF President). All 203 voting members of Congress voted
Read More
Almaty, Kazakhstan, September 24, 2019: They are the champions of tomorrow. They are the future heroes who will sign autographs, grant interviews and be covered with glory (Cadets Judo Championships 2019). They are the aspirants to everything, the young promises, and they are in Kazakhstan to see if they really have the
Read More
Tashkent, Sept 24, 2019: IBSA judo has produced several judo heroes the last years during world and Paralympic championships (Tashkent IBSA Grand Prix). On day 1 of the IBSA Grand Prix, they proved why they claimed that position. Of the six categories who competed, four of the number one seeds claimed the
Read More
Milan, Italy, September 24, 2019: This year’s The Best FIFA Football Awards™ ceremony took centre stage at Milan’s historic Teatro alla Scala this evening and crowned two household names as the players of the season: Megan Rapinoe Lionel Messi/Megan Rapinoe Lionel Messi. The Argentina and FC Barcelona star was recognised by FIFA
Read More
Doha, September 23, 2019: The IAAF Council announced today (23) that there had been no change in status of the Russian Athletics Federation (RusAF)/RusAF status IAAF Council. Reporting to the 218th IAAF Council Meeting in Doha, Rune Andersen, the independent chairman of the IAAF Taskforce, said that while some progress has been
Read More
Tokyo, September 23, 2019: Today, the World Anti-Doping Agency (WADA) held an Executive Committee (ExCo) meeting in Tokyo, Japan, which was graciously hosted by the country’s Ministry of Education, Culture, Sports, Science and Technology (WADA RUSADA Code Compliance). The 12-member ExCo is WADA’s ultimate policy-making body and is composed equally of representatives
Read More
By Lloyd Green, Changzhou, China, September 22, 2019: It’s like she had never left. Spain’s Carolina Marin is once again the toast of badminton (Carolina wins Victor China). Not just for her stunning win at the VICTOR China Open 2019 in Changzhou today – almost eight months after injuring her anterior cruciate
Read More
Tashkent, September 21, 2019: It was a great performance from the Uzbek team on home soil, a day that the public, who came in large numbers at the Humo Arena, will remember for ever (Great Performance Uzbek Team). Mainly because of the results of their athletes, four of whom made it to
Read More 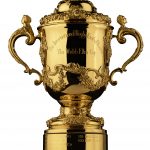 Tokyo, Sep 20, 2019: Jet-heeled winger Kotaro Matsushima scored three tries – and had a fourth ruled out by the television match official – as Japan secured a bonus-point victory in the opening match of RWC 2019. Asia’s first Rugby World Cup began in sensational style, but not in the way hoped
Read More