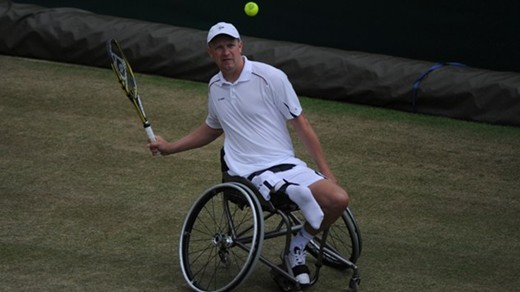 London, June 26, 2012: The entries have been confirmed for the Wimbledon Wheelchair Tennis Doubles Event, a part of the NEC Wheelchair Tennis Tour and the third Grand Slam of the year, which takes place from 6-8 July 2012.

The top three ranked doubles partnerships at the entry deadline, plus one wildcard pairing, make up the four pairings for the men’s and women’s events.

Also in the men’s field are the reigning US Open champions Stephane Houdet and Nicolas Peifer of France and the reigning Doubles Masters champions, Michael Jeremiasz of France and Tom Egberink of the Netherlands, along with wild card entries Marc McCarroll and Gordon Reid of Great Britain, who make their Wimbledon debuts as a partnership.

The women’s entries include recent Roland Garros champions Esther Vergeer and Marjolein Buis of the Netherlands, who are currently unbeaten in the two tournaments they have played together so far.

The 2011 runners-up Aniek van Koot and Jiske Griffioen of the Netherlands, who held match points against Vergeer and Sharon Walraven in last year’s final, also return this year, while Walraven partners Belgium’s Annick Sevenans in 2012.

The women’s field is completed by wild card entries Lucy Shuker and Jordanne Whiley of Great Britain, who contested last year’s event for the first time as a partnership, while Shuker is a two-time former finalist.

A total of £34,000 in prize money is on offer in 2012 for the Wheelchair Tennis Doubles events at Wimbledon.