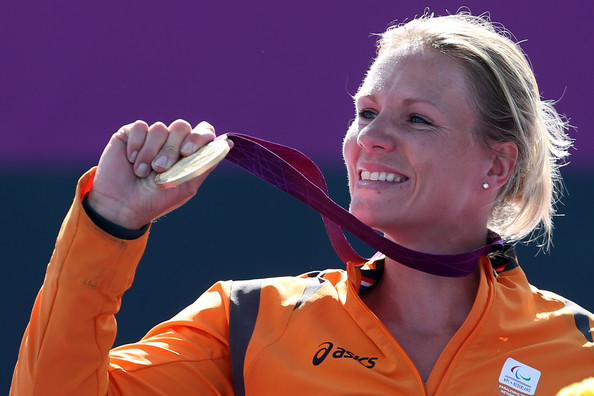 London – GBR, Feb 12, 2013: Esther Vergeer has today announced her retirement from wheelchair tennis bringing an end to the most illustrious career the sport has ever seen.

The 31-year-old Dutch star, who celebrated ten years without a defeat on the international wheelchair tennis circuit on 30 January, has been the face of her sport for more than a decade.

ITF President Francesco Ricci Bitti said “Esther Vergeer is a tremendous ambassador not only for tennis but also for disability sports. She is an inspiration to many. Wheelchair tennis owes her a huge debt of gratitude for her professionalism and her quality as a player. Everyone at the ITF wishes her well with her Foundation and we know that anything she chooses to do in the future will be a success. While we will certainly miss her, we will have one more chance to honour her as our ITF World Champion, for a record 13th time, at the ITF World Champions Dinner in Paris.”

Vergeer started to play wheelchair tennis at the age of 12 after surgery on her spinal cord went wrong. Her dominance of wheelchair tennis started when she became world No. 1 for the first time in 1999. She has been named ITF Wheelchair World Champion for the last 13 years, winning 169 titles and ends her career on a winning streak of 470 matches, with her last defeat coming against Australian Daniela di Toro in Sydney on 30 January 2003.

In the last 10 years Vergeer has won a total of 120 successive tournaments, beating 73 different opponents, winning 95 matches 60 60 and dropping just 18 sets of tennis. In that time she faced only one match point – against fellow countrywoman Korie Homan in the women’s gold medal match at the 2008 Beijing Paralympics.

In Grand Slam play, Vergeer won every singles event she entered, racking up 21 singles titles and 23 doubles titles at the majors. She won eight Paralympic medals during her career, seven of which were gold to cement her place in the history books as a true sporting legend. She was part of the Netherlands’ team that won the World Team Cup on 12 occasions, in 1998, 2000-2009 and 2011.