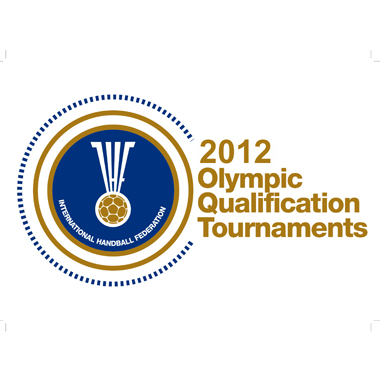 Basle-Switzerland, May 23, 2012: womens teams, Eight teams from Europe, two from Pan-America, one from Asia and one from Africa start their “mission Olympics” next weekend (25 to 27 May). The last six of in total 24 places for the 2012 London Olympic Games Handball Tournaments will be decided in France, Spain and Denmark from Friday to Sunday.

The two best ranked teams from each of those Olympic Qualification Tournaments (OQT) in Lyon, Guadalajara and Aalborg will book their tickets to the 2012 Olympic Games. The draw for the preliminary rounds will take place in London at the Crystal Palace National Sports Centre on Wednesday, 30 May.

France will face Romania, Montenegro and Japan at Palais des Sports de Gerland in Lyon in the toughest of all groups. Montenegro is nearly identical to the club team of Buducnost Podgorica, which had won the EHF Champions League on 13 May.

The Romanians are traditionally strong and qualified for this tournament as bronze medallist of the European Championship 2010. But both main French contenders had not been satisfied with the way they played at the World Championship in Brazil, when they both missed the quarter-finals. In contrast, Japan was one of the big positive surprises, as they almost eliminated Denmark in the eighth-finals. Japan lost the continental Olympic qualification highly close against Korea, too.

However, France – silver medallist of the 2011 World Championship in Brazil – is considered as favourite, although they have to replace their top star Allison Pineau after a rupture of the cruciate ligament occurred in the semi-final in Sao Paulo. On the other hand Romania will most likely miss Cristina Neagu – the successor of Pineau as World Handball Player of the Year – due to a shoulder injury.

Like in Lyon three European teams go for the five Olympic rings: The host, who had received its first ever medal at a Women’s World Championship by winning bronze in Brazil, will face the Croatians and the Dutch team in this tournament, in which Argentina is the great underdog.

Spain played an excellent tournament in Brazil, eliminated the host in a thrilling quarter-final, followed by a dominant bronze medal match against Denmark. Counting on top goalkeeper Silvia Navarro or the brilliant playmaker Martha Mangue, the Iberians seem to be the favourite on home ground.

But for some years the Croatian women have improved, ranked seventh in Brazil and beat Denmark twice in the qualification for EHF EURO 2012. The Netherlands were the last team to book their ticket for the Olympic qualification – and the Dutch had to thank Angola for the chance to qualify for London.

The young team will be the host of the EHF EURO in December – and reaching London would be the biggest possible promotion. Argentina had lost the final of the Pan-American qualification clearly and missed the eighth-finals of the World Championship even clearer.

In contrast to Tournament 1 and 2 the roles in Aalborg seem to be clear: Denmark (fourth ranked team in Brazil) and Russia (four-time World Champion and disappointingly ranked sixth in Sao Paolo) are supposed to be the clear favourites against Tunisia and the Dominican Republic. The North Africans played some good matches in Brazil, but missed the eighth-finals due to the defeat against Japan, and the Caribbean team did not even qualify for the World Championship.

In accordance with the IHF Regulations the seeding list for the preliminary round draw on 30 May in London is the following:

Awarding Ceremony for IHF World Handball Coaches of the Year Onesta and Krumbholz:

Fans, media and an IHF expert group had cast their votes – and the two Frenchmen Claude Onesta (men’s team) and Olivier Krumbholz (women’s team) were elected IHF Coaches of the Year.

The men’s team coach voting ended with a clear result, as Onesta received 81 per cent of all votes, ahead of Ulrik Wilbek (Denmark, 16 %) and Valero Lopez (Spain, 3 %).

The decision in the women’s team coach competition was closer: Krumbholz received 45 per cent of the votes ahead of Jan Pytlick (Denmark, 32 %) and Thorir Hergeirsson (Norway, 23 %).

Both coaches will be awarded by IHF President Dr Hassan Moustafa and FFHB President Joël Delplanque on the fringes of the Women’s Olympic Qualification Tournament in Lyon, France on Sunday 27 May.