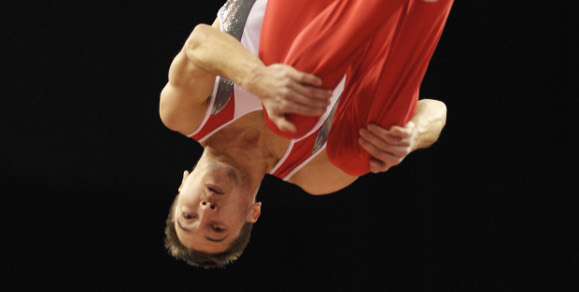 LAUSANNE, June 20, 2012: The third event of this season’s FIG Trampoline Gymnastics World Cup series will be held in Arosa (SUI) on June 22 – 23. The Nissen Cup, named after trampoline inventor George Nissen (USA) and held bi-annually in Switzerland, is the oldest international Trampoline competition and will be held for the 47th time this year.

Some 250 athletes from all over the world are expected, and as this is the last Trampoline World Cup event before this summer’s Olympic Games in London, the competition is going to be hotter than ever. Even the world-title holding champion Chunglong Lu of China will give us the honour.

The following 19 countries are signed up in the elite category: Germany, England, Austria, Belarus, Brazil, Bulgaria, Canada, China, France, Holland, Italy, Japan, Kazakhstan, Uzbekistan, Portugal, the Czech Republic, Russia, Switzerland and the Ukraine. “The 47th Nissen Cup promises to be exciting. Nearly all the Olympic Games participants are going to be there,” exclaimed Daniel Meier, Trampoline Manager with the Swiss Gymnastics Federation. In fact, 12 male and 14 female gymnasts of the 16 qualified for the Olympic Games are in the running.

Parallel to the World Cup, Arosa will host an international junior competition where both juniors and the elite will contend in Individual and Synchro events.

The 2012 FIG World Cup circuit in Trampoline Gymnastics includes five category A events, all of which will feature Qualifications and Finals in Men’s and Women’s Individuals as well as Synchronised Trampoline and a total of three events, including Tumbling competitions.

Participation is restricted to four men and four women each in Individual Trampoline and Tumbling as well as two men’s and two women’s pairs in Synchronised Trampoline per country. The top eight gymnasts or pairs from Qualifications proceed to the Finals, where a maximum of two individuals or one pair per country and discipline can compete. If there are fewer than eight participating gymnasts or pairs with only one unit per federation, a qualifying round will not be held.

Participation of one gymnast or pair from the host country in one Final chosen from Tumbling, Individual or Synchronised Trampoline is ensured by a wild card in the event that the federation fails to qualify for any of the Finals.

The world ranking points collected by competitors during the circuit will tally up to a total with the best four results counting, and the top scorers in each discipline will be crowned the winners of the overall series at the ultimate event in Sofia. —- FIG