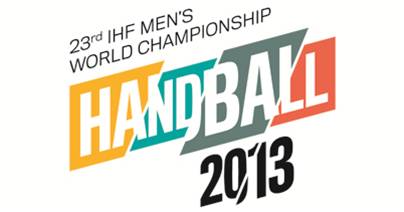 Switzerland, Nov 14: With less than two months to go before the opening match of the Men’s World Championship in Spain, the organizers have announced new ticket & accommodation packages for spectators and handball fans all over the world.

Tickets and hotel rooms may be reserved through the official website www.handballspain2013.com. Fans can directly choose their venue city, their ticket category and finally their hotel category. Ticket prices start at 10 euros and can be booked in three categories (general, executive, ambassador). Fan hotels are available in the categories 3*** or 4****.

The organizers have compiled packages for one match, three matches or the whole preliminary round for each venue. The preliminary rounds will be played from 11 to 19 January 2013 in Madrid, Sevilla, Zaragoza and Granollers/Barcelona.

The eighth-final and quarter-final matches will take place in Zaragoza and Barcelona from 20 to 23 January; as from the semi-finals (25 January) all games will be played in Palau San Jordi in Barcelona. The complete playing schedule can be found here.

Tickets and accommodation may also already be booked for the knock-out stage.

The preliminary round groups of the 2013 Men’s World Championship:

The online media accreditation system on the official event website www.handballspain2013.com is available for all professional media representatives who would like to cover the Men’s World Championship in Spain. The media accreditation portal is open until 30 November 2012; the organizers and IHF will inform about confirmed accreditations until 14 December.

Media representatives will also be able to book their media accommodation via this website: http://handballspain2013.com/en/Media/Travel

View all posts by: Abdul Rahim
One Response to “Ticket and accommodation packages available”