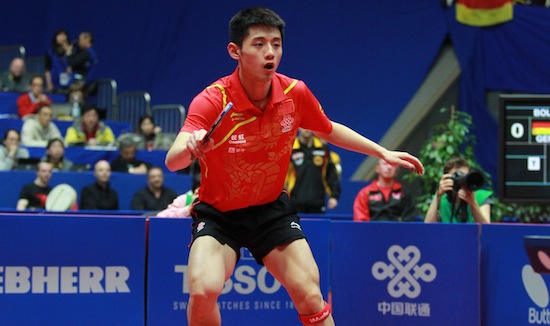 “The ITTF is delighted to have China Unicom as a long term sponsor of ITTF events. China Unicom supported the ITTF since 2006 and are very good friends of our sport. We will do our best to provide maximum value to China Unicom through this sponsorship agreement” stated ITTF President Adham Sharara.

TMS Managing Director Anders Thunström stated: “TMS is pleased to have been able to convince China Unicom and its representatives to extend the current one year agreement into a multi-year agreement for an additional four years being a sponsor of World Title events. The long-term commitment gives us a better chance to serve China Unicom with a long-term vision, it also gives both parities some kind of assurance that we have a deal in place for the next four years, which benefits both parties.”

China Unicom first started sponsoring ITTF events in 2006, when they sponsored the World Team Table Tennis Championships, and have sponsored several World Championships and World Tour Finals since, however, this is the first long term deal with the company.

China United Network Communications Group Co.,Ltd (“China Unicom”) was officially established on 6 January 2009 on the basis of the merger of former China Netcom and former China Unicom. It has subsidiaries in 31 provinces (autonomous regions and municipalities) across China and many countries and regions around the world. It is the only Chinese telecom operator listed on the stock exchanges in New York, Hong Kong and Shanghai. ITTF/Photo: Remy Gros