Home  »  OTHER SPORTS   »   Back to Earth for Gold Medalist in Kuwait 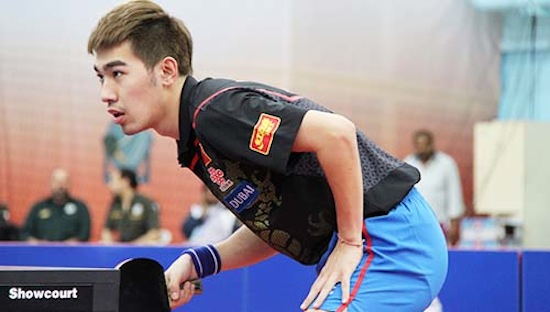 Kuwait, Feb 20, 2013: The top step of the medal podium on Monday 18th February but on Wednesday 20th February it is back down to earth, for China’s YAN An.

He is the highest World ranked player who is required to play in the first phase and, one of four players seeded in Kuwait, who must also negotiate the group stage hurdle to secure places in the main draw. Korea’s JUNG Youngsik, India’s Sharath Kamal ACHANTA and Hong Kong’s CHEUNG Yuk are the other three names in question.

Ayuka TANIOKA of Japan is the leading name, followed by Singapore’s ZHOU Yihan; in Kuwait, neither progressed beyond the first stage. Ayuka TANIOKA was beaten by Korea’s KANG Minsoon, whilst ZHOU Yihan suffered defeat at the hands of LEE Yearam, also from Korea and Japan’s Yuki NONAKA.

It is the same four names as in Kuwait, a situation that also exists, in Qatar, in the Women’s Singles competition. The Chinese trio of DING Ning, LIU Shiwen and LI Xiaoxia head the list followed by Singapore’s FENG Tianwei. —- ITTF/ Photo by Philipp Hampl