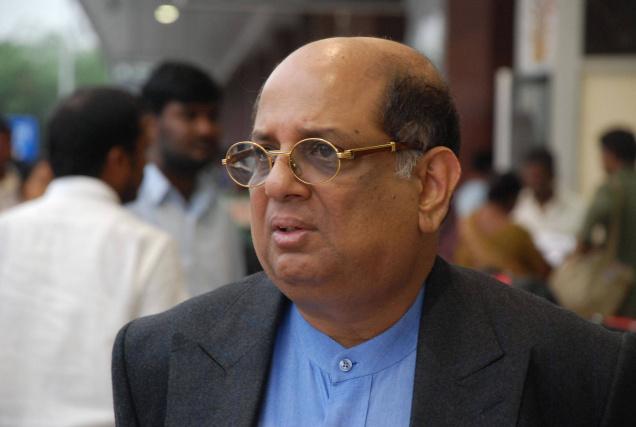 London – GBR, Jan 09, 2013: World Squash Federation President N Ramachandran has praised the sport’s athletes and their player bodies the Professional Squash Association (PSA) and Women’s Squash Association (WSA) for their contribution to initiatives over the past two months which have significantly boosted the momentum behind the sport’s bid to join the Olympic Games programme in 2020.

“Squash has enjoyed a tremendous recent run – beginning with the successful IOC inspection visit to the Hong Kong Open early in December, and followed shortly afterwards by our presentation to the IOC Programme Commission in Lausanne,” said Ramachandran.

“And this weekend we were not only treated to the best live TV coverage of the sport I have ever seen, on Sky and Eurosport, but also an avalanche of positive press coverage around the world – all of which is inspiring me to feel that we have made huge progress since our last Olympic bid four years ago.

“We know that one of our challenges was the televisual aspect of squash – but, thanks to the significant investment in SquashTV by our colleagues at the PSA, our coverage is now first-rate,” added Ramachandran. “The clarity of the ball, the regular use of super slow mos, and the introduction of ‘video reviews’ have all contributed towards a television ‘product’ which is streets ahead of what we were used to in the past.

“And this was endorsed by new broadcasters adding squash to their programming this weekend, expanding our reach to a potential worldwide audience of more than 300 million,” concluded the WSF President.

“Squash is a very physically demanding sport and it’s also very spectator-friendly,” said Pendleton. “It has all the qualities required to make it a great Olympic sport. I don’t know why it isn’t in already.” —- WSF