Home  »  OTHER SPORTS   »   Shortlist Unveiled for IRB Player of the Year 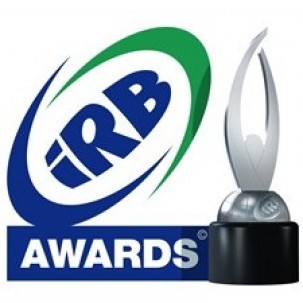 Dublin – Ireland, Nov 29: The International Rugby Board has announced the shortlist of nominees for the prestigious IRB Player of the Year 2012 Award. New Zealand captain Richie McCaw, his teammate Dan Carter, England fly half Owen Farrell and France fly half Frédéric Michalak are the four players on the shortlist.

McCaw is the only player to receive the individual accolade more than once, having won it in 2006, 2009 and 2010, although Carter could join him as a multiple winner, having been named Player of the Year back in 2005.

For the third year in a row the shortlist includes a player to have graduated from the IRB Junior World Championship to the Test arena with Farrell following in the footsteps of Australian trio David Pocock, Will Genia and Kurtley Beale.

The winner of the prestigious Award will be announced at the Rugby World Cup 2015 Pool Allocation Draw in London on December 3, along with the IRB Coach of the Year and IRB Team of the Year Awards.

The most capped All Black in history with 115 Tests and 19 tries to his name, McCaw continues to raise the bar and ensure that New Zealand do not rest on their laurels after last year’s Rugby World Cup success. An inspirational leader, the 31-year-old openside flanker has enjoyed another record-breaking season by becoming the first player to post 100 Test wins and most wins as captain. The benchmark by which all openside flankers are judged, McCaw will take a six-month sabbatical from the Game in 2013.

The leading point-scorer in Test rugby, Carter boasts a CV with every major honour on it from Super Rugby success with the Crusaders to World Cup glory, even if a groin injury kept him sidelined for much of last year’s success. The finest fly half of his generation, though, is still hungry for more and remains as important to the All Blacks’ cause as McCaw. Carter is the complete package and, even in a season against disrupted by injury, has been the catalyst for many a New Zealand victory in 2012, even slotting over a rare drop goal at the death to break Irish hearts in Christchurch.

The son of former England dual code international Andy, the young fly half enjoyed a rapid rise from IRB Junior World Championship finalist in June 2011 to make his Test debut against Scotland on the opening weekend of the RBS 6 Nations. One of the star turns of that Championship, Farrell headed to South Africa as England’s number one, but is currently vying for the No.10 shirt with Toby Flood and Freddie Burns. However, he has plenty of time on his side, having only turned 21 in September, and could reach a century of Test points on Saturday against the world champions.

Recalled to the French national team after an absence of more than two years by coach Philippe Saint-André for the June tour to Argentina, Michalak has been the architect of Les Bleus’ run of four consecutive victories over Argentina (twice), Australia and Samoa which have secured them a top four IRB World Rankings for the RWC 2015 Pool Allocation. The rejuvenated fly half has returned from another spell in Super Rugby with the Sharks to reignite an international career that looked to have stalled with just four appearances since RWC 2007.

IRB Chairman Bernard Lapasset said: “It has been a compelling year of international Rugby with the introduction of the expanded Tours and Tests calendar, Argentina’s successful inauguration into The Rugby Championship and the race for rankings points to secure a favourable RWC 2015 Pool draw.”

“As ever, the competition has been fierce and the panel had a tough time deliberating the shortlist from a number of stand-out candidates. All four players on the shortlist thoroughly deserve their place after standout performances during the year and consistency in the tough environment that is Test Rugby.”

The IRB Player of the Year nominees were selected by the IRB Awards independent panel of judges, which is chaired by Australia’s RWC 1999 winning captain John Eales and is made up of former internationals with more than 500 caps and four Rugby World Cup winners’ medals between them.

The panel have deliberated on every major Test played in 2012, starting with the opening RBS 6 Nations match and culminating with the November Internationals. In total they have watched around 100 hours of action, awarding points to the three players they thought stood out in each match.

“This has been one of the closest years to date. In fact the result could be influenced significantly by this weekend’s matches, making it a highly contested prize,” said panel chairman Eales.