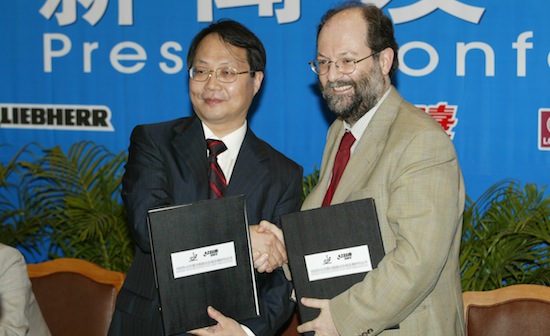 DHS has been a partner of the ITTF since 2002. Most recently in 2012, DHS was a valuable partner in events such as the London Olympic Games, World Championships, ITTF World Tour, World Cups, Oceania Events and others.

On this further cooperation between ITTF and DHS, Anders Thunström, Managing Director of TMS International said, “TMS and DHS are once again teaming up for World Title events, and we will, together with LATTU, make sure to organize these events well with a satisfactory result for DHS.”

“As long-term partners of the ITTF, it is an honour for DHS to be the exclusive equipment sponsor and supplier of the Latin American Championships and Latin American Cup that will be held in El Salvador and Dominican Republic next year”, said Mr Lou Shihe, General Manager of DHS. “It is the first time that DHS sponsors events held in Latin America, and it is our pleasure to be part of both events. I would like to express my gratitude to the support of ITTF and the hosts, and wish both events great success!”