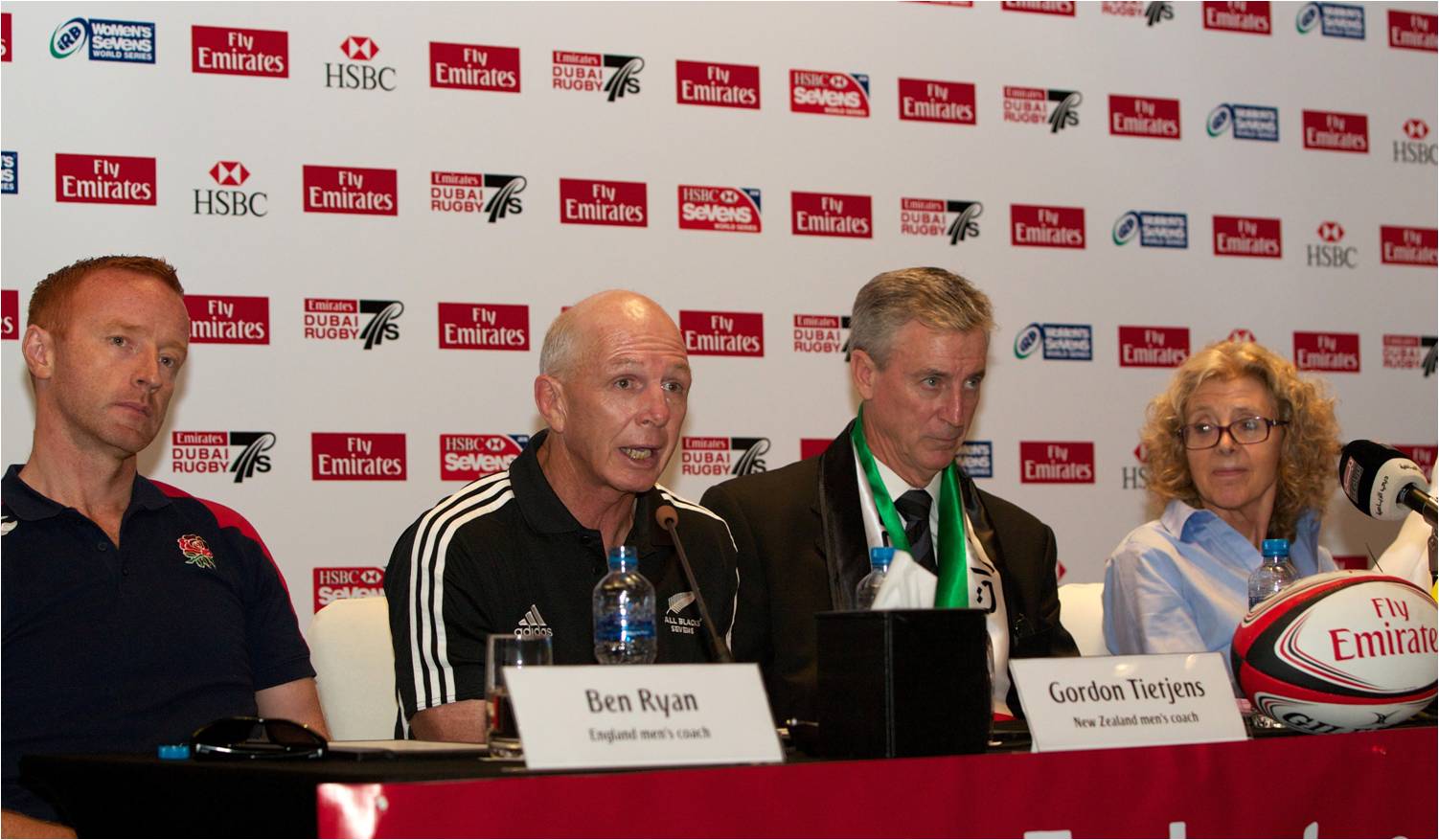 Dubai, Nov 28: The stage is set for the biggest and best Emirates Airline Dubai Rugby Sevens in the tournament’s 43-year history.

Organisers are anticipating that almost 100,000 fans will converge on 7he Sevens to watch 16 world-class men’s teams and the top 12 women’s national sides in the world, as well as a record-breaking 175 invitation teams.

Aiming to stamp their authority on the tournament again will be defending champions England, who are aiming for a hat-trick of wins. They finished third in the 2011/12 HSBC Sevens World Series and have made a disappointing start to this campaign, but coach Ben Ryan is hoping they can put a poor showing at the recent Gold Coast Sevens behind them and return to the winners’ podium for a third successive year.

“We are desperate to make sure we do everything we possibly can to make it three titles in a row,” he said.

“We’ve got an excellent record in Dubai, better than any other team in the world in the last five years, and now we need to use that to our advantage. We want to retain our trophy and the lads just love playing here.”

Hoping to rain on England’s parade will be Series champions New Zealand, who have made a strong start to the season, finishing second behind Fiji in Australia.

“Dubai is a climate we like playing in and a tournament we want to win again,” said coach, Gordon Tietjens. “England have won it over the past couple of years, but there are six or seven teams that could win it. Dubai is my favourite tournament out of all of them, it’s a great tournament to win. The facilities are first-rate and the support that Emirates Airline gives us is just fantastic.

“The rugby at international level is the highest it can be and Sevens rugby has become a lot stronger in the second fields over the past three or four years. It has made it more interesting and the number of supporters has grown significantly and I believe that the support of the spectators in Dubai is one of the main reasons behind that.”

Speaking at the pre-tournament press conference, Gary Chapman, President Emirates Group Services & dnata, said: “We are very proud of our involvement at many high-profile global events, however the Emirates Airline Dubai Rugby Sevens, which embraces every level of player, from social all the way up to elite professional, is equally satisfying.

“Last year, 96,000 spectators attended and coverage was beamed to 151 countries watched in 324 million homes, which goes to show the significance the event holds in the local and international market, providing Emirates yet another platform to consolidate its position as a world force in sports sponsorship,” he added.

“The event’s enduring popularity with the people of the UAE gives us great pride and I am in no doubt the 2012 tournament will live up to expectations and once again make it the number one event on Dubai’s sporting and social calendar.”

Chairman of the newest IRB Full Member Union, the UAE Rugby Federation, Mohammed AR Falaknaz, commented on the crucial role rugby plays in the UAE: “We have continued to fulfil our commitment to growing the Game through qualifying more coaches and referees as well as increasing participation of young people with an emphasis on Emirati youth,” he said.

“UAE Rugby is establishing the game in 30 schools across all Emirates and we have over 1,800 youths playing rugby on a weekly basis.

“We also have a strategic relationship with the Sharks franchise, based in Durban to manage a high performance Academy in UAE. All of this has culminated in the most wonderful news from the IRB Council yesterday that we have gained full membership, becoming the 100th Union to do so.” —- IRB