Home  »  OTHER SPORTS   »   Kick-off is imminent for the Rugby Africa Gold Cup, the final round of the African qualifications for the 2019 Rugby World Cup 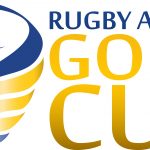 The six teams in line are in full preparation and their coaches gave us their impressions as the excitement mounts.

The defending champions, Namibia, will open the show in Windhoek on June 16th against the Ugandans.

Coach Phil Davies is under no illusions “this competition will be Namibia’s toughest World Cup qualifier for the last ten years.

Despite the challenge, we are confident because we have a very strong team with the talent, the mindset and the attitude needed to compete in this type of event.”

Uganda is certainly not an opponent to be underestimated. John Duncan, their coach, will wrap-up their training during a week-long camp in Bloemfontein, South Africa:

“this camp will give us access to the expertise of coaches from the Cheetahs club to put the finishing touches on our preparations. We are eager to get out there and compete against the best in Africa,” Duncan says.

On the same day, Zimbabwe, which has not competed in the World Cup since 1991, will face the Moroccans, newcomers to the Gold Cup.

The Sables are getting ready under the leadership of the South African, Peter de Villiers, former Springbok coach, who is pleased with the recent preparation camp in Pretoria. “85% of our players play in Zimbabwe and we have worked a lot on self-confidence”, he says.

As for the Moroccans, they will arrive a week before the kick-off to complete their preparations under the supervision of their French coach, Pierre Chadebech.

We’ll have to wait until June 23rd for Kenya and Tunisia to enter the competition. South African, Jaco Stoumann, who coaches the Tunisian team, is hopeful:

“We haven’t fallen behind in our training program, but we are taking a break for the holy month of Ramadan. Two weeks before the start of the competition, we will resume training to be sure to give our best against Namibia.”

New Zealanders, Ian Snook and Murray Roulston, have recently taken charge of the Kenyan team, and are counting on the match against Uganda for the traditional Elgon Cup between these two East African neighbors to assess their players.

The result in their favor, 34 to 16, obtained in Kampala on May 26th, indicates that they are on the right track in advance of their first Gold Cup match against Morocco (Rugby Africa Gold Cup).

“Each match is of paramount importance given the format of this competitions”, the Rugby Africa President Abdelaziz Bougja said.

“The winner of the tournament will be declared after the last matches on August 18th, once the number of points obtained by each team is calculated.

That’s why there’s no big or small game in this timetable, it’s a race to the finish line to open the door to the World Cup.” The team in second place will have the opportunity to regain a place in a ‘Last Chance’ bracket organised by World Rugby.

As for Rugby Africa, preparations have also been intense. Five hundred match officials have been appointed to oversee the tournament along with the many volunteers from the six host federations (Rugby Africa Gold Cup).

The main referees will come from France and South Africa and will be assisted by the best of the African referees.

We are looking forward to witnessing a high quality Rugby Africa Gold Cup as the nations compete for the chance to qualify for the Rugby World Cup 2019”, said Nicolas Pompigne-Mognard, Founder and CEO of APO Group (www.APO-opa.com), the main Official Partner of Rugby Africa.

All of the matches of the Rugby Africa Gold Cup will be broadcast by Kwese Sports on their TV channels and on Facebook, while APO Group, the main Official Partner of Rugby Africa, will relay the results and highlights of the competition in the world media and on social networks.