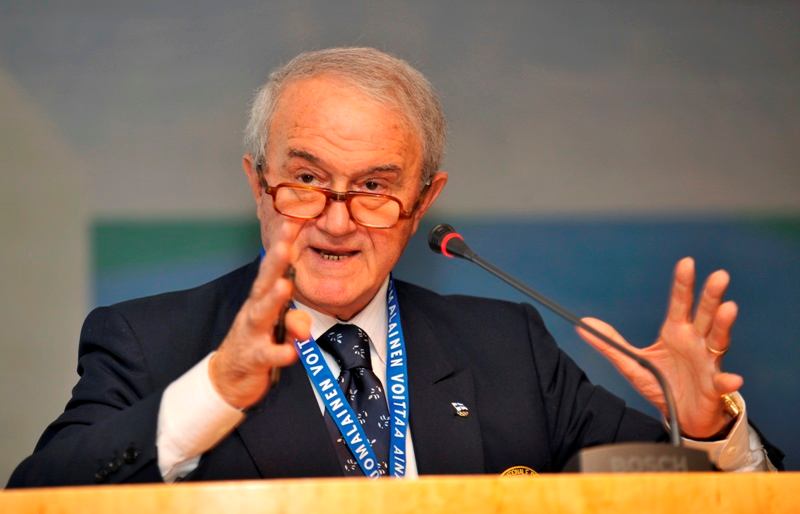 Right direction, For the first time in its still young history – one which only dates back as far as 1995 – Aerobic Gymnastics has expanded its programme to include Step and Dance. The new categories made their first official appearance at the 2012 FIG Aerobic Gymnastics World Championships in Sofia. For some, this is a revolutionary development, while for others it merely represents a case of natural evolution.

The issue of whether or not to incorporate Step and Dance has been debated for some considerable time. There are those who regard it as an opportunity to breathe new life into the discipline, but others fear it will open it up to too many participants, with the additional organisational costs that this will entail.

Step and Dance were first trialled at the Shenzen University Games (CHN), where they were both included in the programme as demonstration events. It was a hugely successful debut, leading to both elements being incorporated into the Aerobic Gymnastics core programme, on an equal footing with the existing categories.

It is apparent that there is a dichotomy between what some people feel about the inclusion of Step and Dance, and what the market clearly demands. In the case of Aerobic Gymnastics, it is undeniable that the public and the media, and most notably television, have a marked preference for the so-called multiple categories (pairs, trios and groups). In this respect, Step & Dance is a move towards satisfying popular demand.

We all recognise the inextricable links between Aerobic Gymnastics and fitness programmes. While there are currently only 1,900 FIG-licensed elite-level Aerobic gymnasts around the world, there are, by contrast, millions of people who actively engage in fitness programmes and who attend gyms.

Step and Dance are actually the two most widely practised fitness activities. So, it is not hard to envisage that the millions of amateur gymnasts who enjoy them could develop into a loyal fan base for Aerobic Gymnastics, and a prospective audience for the FIG’s international competitions.

After all, just as amateur cyclists and skiers are glued to their TV sets during the Tour de France and the Hahnenkamm Downhill race, it is equally fair to assume that fitness fanatics will be keen to follow the world championships in their sport, on their TVs, their tablets and their smartphones.

Embracing Step and Dance is a progressive gambit for Aerobic Gymnastics. These events have been developed by gymnasts with their audience very much in mind, and bring a spectacular, colourful and original new dimension to the discipline.

We look forward to seeing our optimism confirmed very shortly, when we find out the response to the 2012 World Championships in Sofia (BUL) which, as you read this, will have just drawn to a close!