Home  »  OTHER SPORTS   »   Schedule for the Olympic Handball Tournaments released 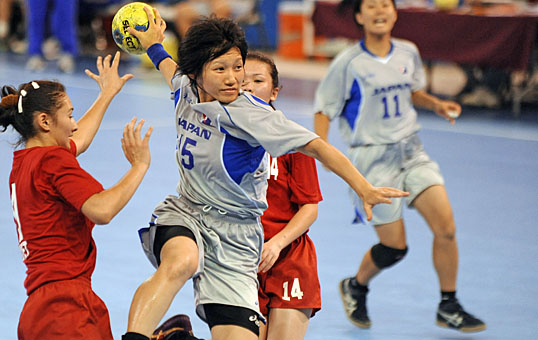 Basle, Switzerland, June 15, 2012: The first sport to start and the last gold medals to be handed over – this is handball at the 2012 London Olympic Games. The London 2012 Olympic handball competition schedule has been confirmed. With 16 match days including 46 sessions and 76 matches handball is the sport which is played over the longest period (from beginning to end) of the Games.

The Olympic Handball Tournaments will see alternating women’s and men’s matches of the preliminary round on ten consecutive days from 28 July to 6 August, with six games in three sessions per day.

Day one of the women’s preliminary competition sees the reigning Olympic champions Norway take on France in a repeat of the final of the 2011 World Championship. Four-time women’s world champion Russia will also play on day one against African champion Angola. The third day will see the rematch of the 2000 and 2004 women’s Olympic finals Denmark vs. Korea. A further highlight will take place on day 7 when Denmark and Norway face each other in the Scandinavian derby.

In the men’s competition current Olympic and world champions France start their mission with a match against Great Britain. The Balkan duel of the Serbian and Croatian men’s teams is the highlight on day 4 on 31 July – and the rematch of the European Championship final Denmark vs. Serbia will be played on 2 August, two days before Iceland and France will meet in the men’s tournament for the rematch of the 2008 Olympic final.

All those matches will be played in the “Copper Box”. After the women’s quarter-finals on 7 August the venue will be changed to the Basketball Arena, where the games restart with the men’s quarter-finals on 8 August. On 9 August (women) and 10 August (men) the semi-finals will take place, followed by the finals on 11 and 12 August. The men’s gold medals will be handed over at about 18:00 hrs local time on 12 August shortly before the start of the closing ceremony.

Dr Hassan Moustafa, IHF President, said: “Handball has constantly been one of the major sports in the Olympic Programme since 1972, which makes the handball family very proud, as this is a clear signal for the worldwide interest in our sport. Looking upon the numbers of the 2008 Beijing Olympics, handball was among the top sports concerning TV figures. And looking upon the ticket sales for the 2012 Olympic Games in London it is impressive how fast the handball tournament was sold out.

The promotion of handball has been tremendous in Great Britain, since London was awarded as host of the 2012 Olympic Games in June 2005. We are proud to welcome the world of handball in London – and we are sure that we will see thrilling, brilliant matches with the best players of the world.”