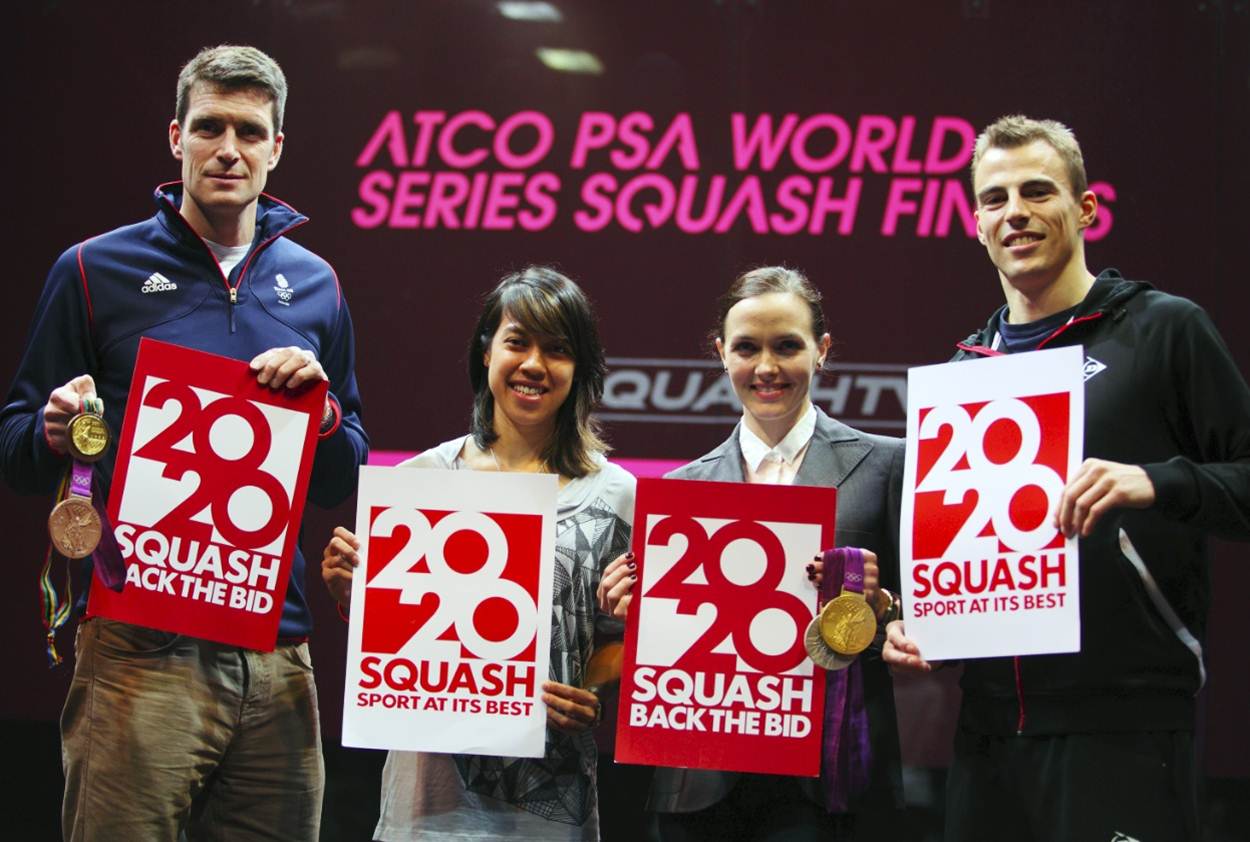 London, United Kingdom, Jan 07, 2013: Olympians Joanna Rowsell, Victoria Pendleton and Greg Searle were cheering from the stands at the ATCO PSA World Series Squash Finals as they came to show their support for Squash’s inclusion in the 2020 Olympic Games.

“Squash is a very physically demanding sport and it’s also very spectator-friendly,” said Pendleton. “The nature of the game means that it works really well – it’s fast and exciting – and it has all the qualities required to make it a great Olympic sport. I don’t know why it isn’t in already.”

Pendleton has trained alongside English squash star Nick Matthew in Manchester and watched him in action against his fellow Briton Peter Barker during the evening session at Queen’s Club. Matthew is also engaged to sports scientist Esme Taylor, who has worked with both Pendleton and Rowsell as part of her role with the Team GB cycling team.

“I think it’s really interesting that you can have a sport like squash which is so universal.” said Searle “You have it played in over 150 countries and people of all different shapes and sizes can play it. Each sport is different and has different properties. In rowing, if you’re not 6ft 5 it’s hard to compete but squash can be played by everyone.”

“In a sport that translates well onto TV then that’s really how you can draw people into it and get people to try it,” added Pendleton. “The whole idea is to give people the opportunity to get involved. I would love to have a go at squash but I think it would take me a long time to get to grips with it!”

Pendleton, Rowsell and Searle were also introduced to women’s World No.1 and seven-time World Champion Nicol David. “It’s such a total honour to meet you,” Pendleton told David. “Your consistency is incredible and you really are amazing.” On showing David her Gold and Silver medals from the London 2012 Olympic Games, Pendleton said: “You so deserve to have one of these.” —- By Will Shand