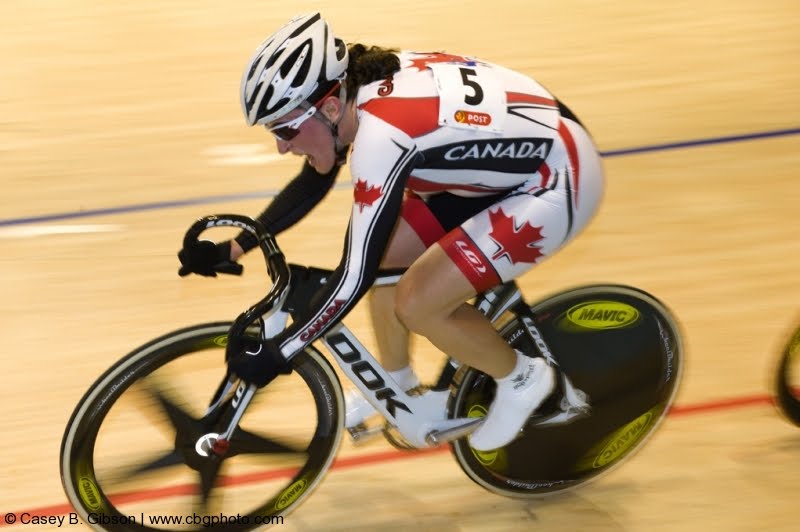 Melbourne Perkins, If the leader of Australia’s world champion team pursuit squad was worried about the rapidly improving form of arch rivals and reigning Olympic champions Great Britain, then Bobridge certainly wasn’t going to admit it.

The Brits scorched the boards on Wednesday in an impressive hit out at the training venue for this week’s UCI Track Cycling World Championships. Clocked at well under world record pace, the effort had the usually subdued British coaching staff applauding the effort of the four man squad that consisted of Ed Clancy, Steven Burke, Peter Kennaugh and Geraint Thomas.

As news of the effort quickly spread followed by a video of the effort from a spy in the near empty venue, away from prying eyes at the Australian teams training base in Adelaide, Bobridge acknowledged the team had taken note of the impressive effort.

But if he was super impressed, he certainly wasn’t letting on.

“We have seen it, they did it, but at the end of the day we have still been going quicker over the past two years and that’s all we are worried about at the moment,” Bobridge said before training at Hisense Arena. But it was clear the South Australian, his teammates Rohan Dennis, Alex Edmonson, and Michael Hepburn and the Australian endurance team coaching staff led by Ian McKenzie had watched and pulled apart the effort, in which the Brits rode 2750m in 2:42.1 seconds, well under the pace required to beat their own 4000m pursuit record of 3:53.314 set in winning gold in Beijing.

“We don’t know the extent of the conditions or how fresh they were but they we definitely moving and traveling well,” Bobridge said. “We are moving well as well but it all comes down to the same track on the same day.

“We are around the same mark as we were before London. I think it is definitely going to take a quicker time here to win than in London, that was a world cup this is a world title, we are going to have to step up to win and we know that and we are willing and able to do it.”

Dubbed the ‘Boy Band’ by the British press after the team’s impressive effort in casting aside the Brits at the recent Track World Cup, the Australian’s will go into Wednesday’s qualifying and final as the favourites. Despite being undefeated for the past two years, the performance in London added a further layer of belief.

“It wasn’t just winning, it was to take out what we can from the experience on the track for a few months time come the Olympic Games. Winning was a bonus and getting them on their brand new track was even better.”

Despite the anticipation of an Australia v Great Britain match up in Wednesday’s gold medal match race, Bobridge was at pains to make mention of the Russian and New Zealand squads in Melbourne; however the Russians have been weakened by the news that a key member of their squad, Ivan Kovalev has returned home after being hit by a car in training in Sydney last week.

“I don’t think the British are our only competition at the moment, you have the Russians and New Zealand, we get excited every time we win and it’s not just about beating the British, it’s about beating everyone. We won’t let our guard down to anyone and we keep doing things right the way we have been we are going to be successful in London,” Bobridge said.

With the qualifying and final within the space of just four hours on Wednesday, fitness will be a factor and Bobridge is a little concerned that he is still feeling the effects of his heavy recent training load.

“I have had a different run in to the start of the season with injury, but at this point in time I’m a little bit tired coming out of the training block but hoping over the next few days we freshen up. I am definitely not worried about my form, I think I have good form coming here and now it’s just about freshening up and getting ready for race day.”

The team pursuit is the ultimate partnership and Bobridge is confident the Australian quartet can defend their title on Wednesday. “All us boys, we’re riding well together and we are fit and healthy and we are all excited about racing here in front of a home crowd.” “We have a team here that can do great things and go very fast.”

Reigning world keirin champion Shane Perkins is fortunate to have his world championship campaign in tact after a clash with a car left the super sprinter with a sprained wrist and bruised buttock. Perkins was out on a training ride in Melbourne this afternoon when he was hit, tweeting “…out for a ride today and just got hit by a car!! Seriously!!” and then followed with “This was no April Fool’s Joke either! Got cleaned up, nothing broken sprained wrist, bruising on glute! Very lucky!!”

It is expected that Perkins will take to the track for training tomorrow.