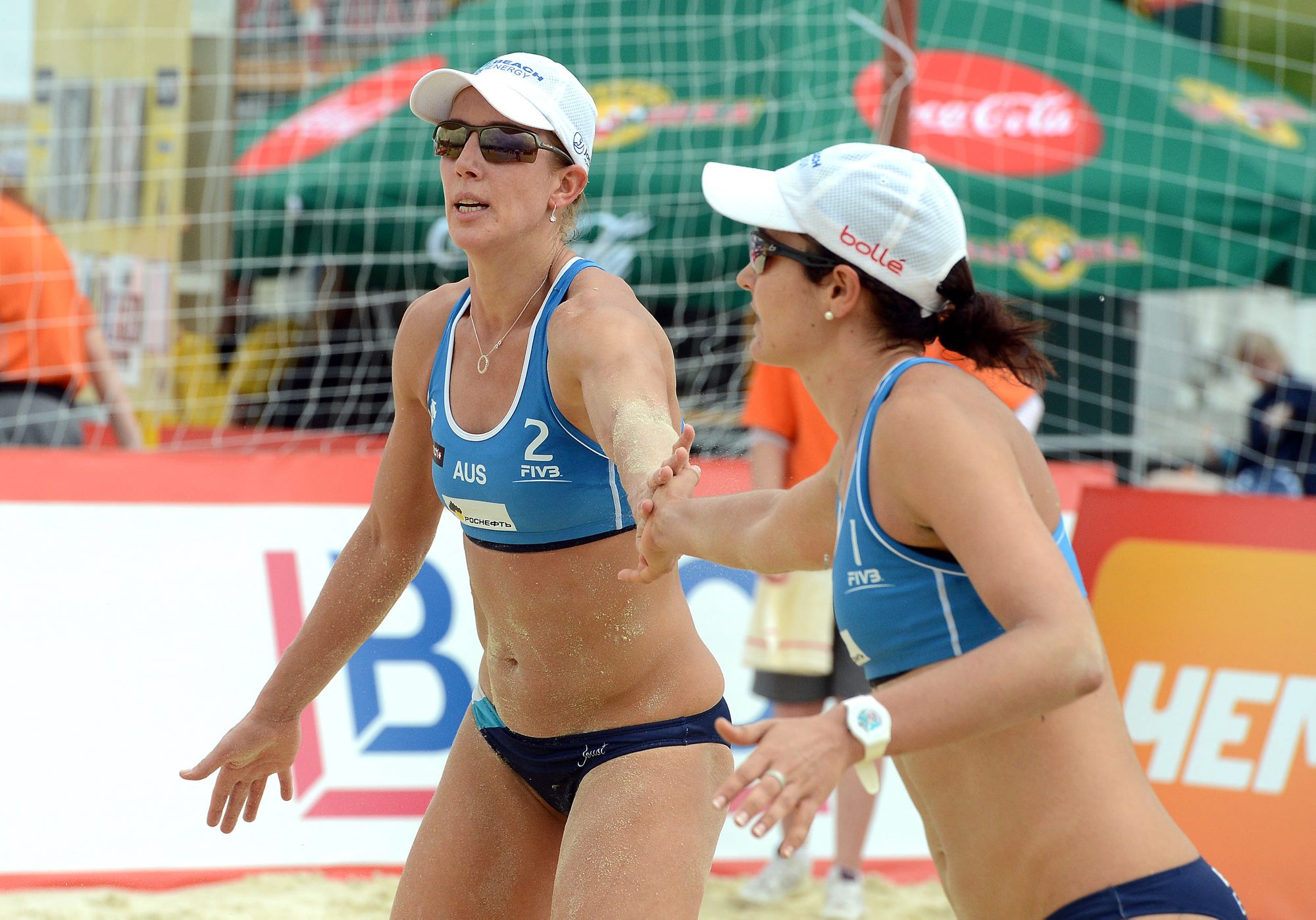 FIVB-News: Moscow, Russia, June 9, 2012 – Australia’s Louise Bawden is aiming for her second Olympic Games, but this time in a different discipline. The 30-year old athlete from Mitcham competed in Sydney in 2000, but as an indoor volleyball player. Since 2009 she is playing on the FIVB SWATCH Beach Volleyball World Tour.

Together with team partner Becchara Palmer (23) she is currently ranked 16th on the Olympic qualification list. Just enough for an Olympic ticket, but still two events to go. Surprisingly though, the Australians girls actually have no clue where they are on the Olympic ranking and they do not want to know either.

‘’We have this team rule’’, Bawden says. ‘’We do not look at the list. Our coaches take care of that, so we do not worry about it. All we have to do is play our best and try to win every game. We have to accept that if we do not make it to London, we are just not good enough. That is just the way it is, even when we have done our best.’’

Bawden was a member of the Australian indoor volleyball team from 1998 through 2004 and played in the Dutch league for three seasons. She used to be a setter, but on the sand she is a blocker and a very aggressive spiker.

In their last pool match on Saturday at the Moscow Grand Slam Bawden and Palmer booked an excellent 2-1-victory over newly crowned European champions Sanne Keizer and Marleen van Iersel from the Netherlands. Helped by the windy conditions at the outside courts at Victory Park, Bawden hit some real bullets.

Palmer: ‘’Windy or not, Louise always hits bullets like that. That is her game, she really plays power volleyball.’’ The Australians, whose career best result in a grand slam is 9th in Beijing (2012) and Stare Jablonski (2010), ended unbeaten on top of pool E and advanced directly to the second single elimination round.

‘’Winning all three matches here so far is great for us, because Moscow is so challenging for us’’, Bawden said. ‘’So different from Australia, the weather, the traffic over here. So this makes our victories here even greater.’’

While they do not want to give any prognosis on their chances to qualify for the Olympic Games in London, their answer concerning their expectations in Moscow are clear. ‘’We came here to play the semifinals’’, Palmer said firmly. ‘’That is all we want this week.’’