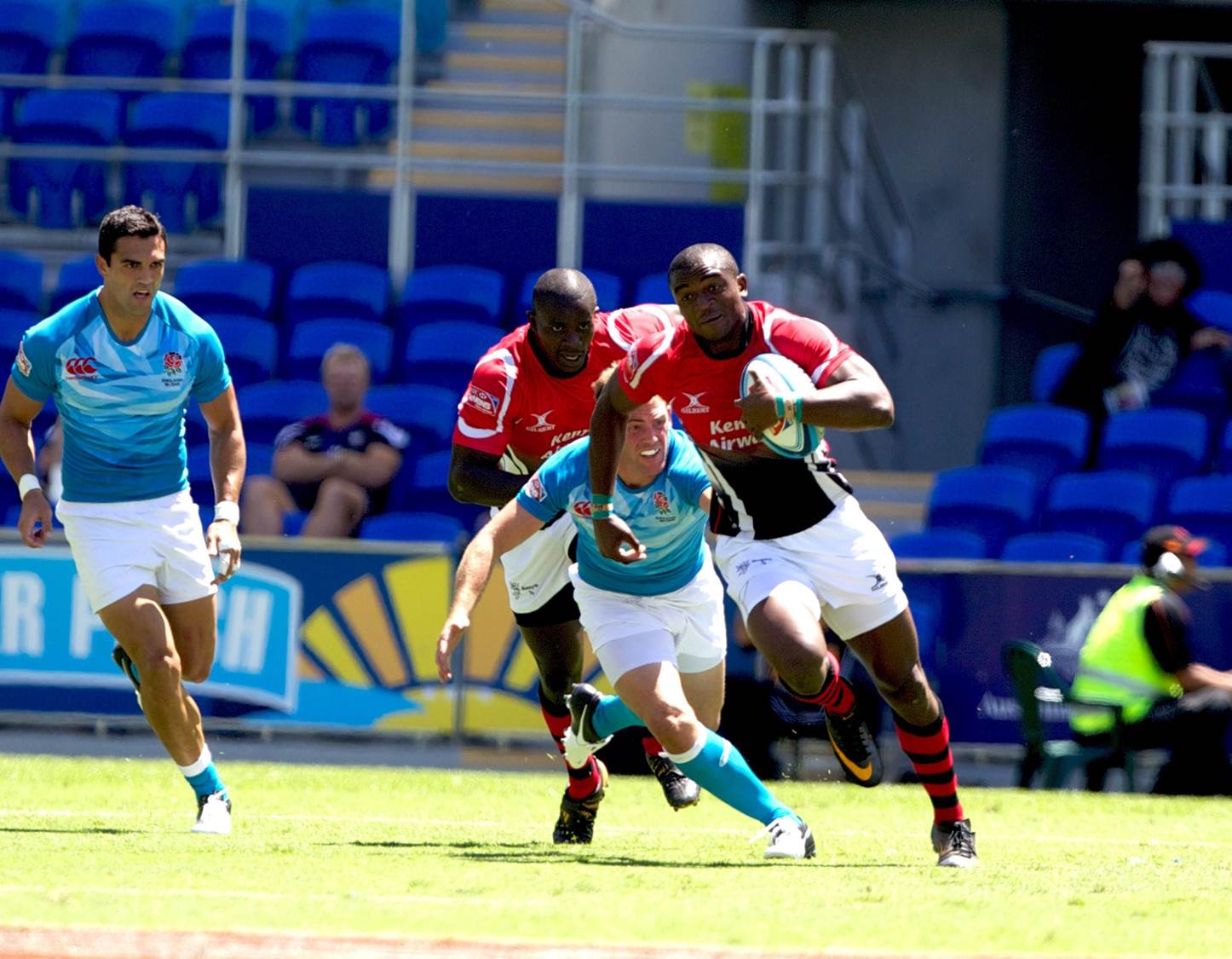 Australia, Oct 13, 2012: At the end of an enthralling first day of the HSBC Sevens World Series 2012/13, Kenya booked their place in the Cup quarter finals of the 2012 Gold Coast Sevens and face a match on day two against hosts Australia.

The hosts ended day one at Skilled Park with a 15-14 win against defending champions Fiji to finish unbeaten alongside Samoa and South Africa.

The Springboks Sevens overwhelmed New Zealand in their pool decider and next face France, who proceeded from their pool with Argentina. The Pumas will play the All Black Sevens in the last eight, while Samoa face a mouth-watering tie with Fiji.

England, who finished third in last year’s Series, missed out on a place in the Cup quarters and will contest a Bowl quarter final against Scotland.

The Kenyans started slowly against England in the first match of the day, but came back to draw the game and their win against Spain was good enough to seal a place in the last eight.

“After seven minutes I wondered why I ever came back to the Series,” admitted coach Mike Friday.

“We were a little bit starstruck and were trying to find our feet, but then we got ourselves into motion. The boys are unassuming, they are big imposing guys, but really humble, good work ethic and family spirit that we harness. We talk about being a pack of lions in what we do.

“It is early days and we are on a journey. Reality is we won one, drew one and lost one, which isn’t anything to write home about. The signs look good but there is still a lot of hard work to do.” —- IRB