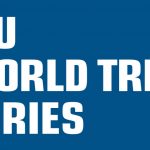 The 2018 ITU World Triathlon Grand Final will celebrate the diversity of the sport of triathlon with athletes competing in Elite, Under 23, Junior and Elite Paratriathlon categories as well as the U23/Jnr Mixed Team Relay, Age Group – Standard and Sprint Distance-, and Open Paratriathlon events.

ITU President and IOC Member, Marisol Casado said the Gold Coast has been a great date on ITU’s calendar for many years and we are extremely proud that Australia will host the Grand Final next season.

“The city provides an unforgettable landscape for welcoming not only the elite triathletes, but also thousands of age groupers, and with the total support of the city and the great experience of the local organising committee, I am confident that it will be a really successful event,” she said.

With spectacular opening and closing ceremonies, a range of associated social events, and the natural setting of the stunning Gold Coast, the 2018 World Championships will be a must do event for athletes all over the world.

The Gold Coast event is the culmination of a four year strategy between Tourism Events Queensland (TEQ), the City of Gold Coast and IRONMAN Oceania to bring the world’s best triathletes to the Gold Coast.

“The ITU World Triathlon Grand Final is the most prestigious event on the World Triathlon Series calendar, so we are very excited to welcome this event, the athletes, their families and friends to Queensland.”

“Australia, and especially Queensland has a strong tradition in the sport of triathlon and we look forward to working with the ITU on presenting the ‘grandest’ of all Grand Finals and welcoming the world’s best to the magnificent Gold Coast,” he said.

Minister for Tourism, Major Events and the Commonwealth Games Kate Jones said the triathlon world would be looking to Queensland in September next year.

“Hosting thousands of athletes and spectators for this global triathlon event on the Gold Coast reinforces Queensland’s standing as the home of triathlon in Australia,” Ms Jones said.

“This is a win for our local triathlon community, our local economy and proof that the Gold Coast’s reputation as a world class sports hub is thriving,” he said.

The host of the 2017 ITU World Triathlon Grand Final, the Dutch city of Rotterdam, will officially hand the Grand Final baton over to the City of Gold Coast at the conclusion of this year’s event on September 11-17 2017. —- ITU