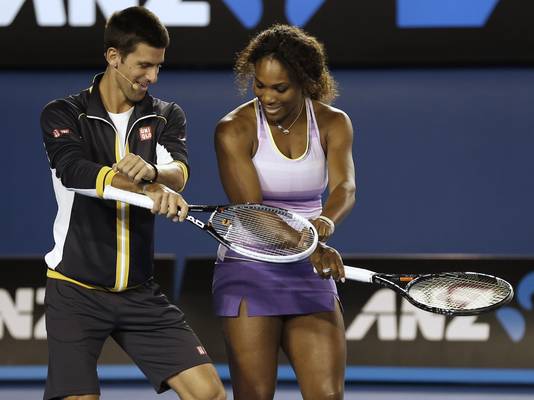 London, June 03, 2013: ENGLAND CLUB, The All England Lawn Tennis Club will be presented with the ITF’s highest accolade, the Philippe Chatrier Award, at the 2013 ITF World Champions Dinner on Tuesday 4 June in Paris at the Pavillon d’Armenonville. This year’s dinner forms part of the 2013 ITF Centenary celebrations.

The All England Lawn Tennis Club (AELTC) receives the Philippe Chatrier Award in recognition of its contribution to tennis ever since it opened its gates for its first tennis championship in 1877. As organiser of the oldest of the four Grand Slam tournaments, it takes its role as a guardian of the game seriously, but has never been afraid to push boundaries to ensure that Wimbledon remains at the forefront of tennis in every aspect.

ITF President Francesco Ricci Bitti said: “As a sport, tennis is blessed to have an organisation like the AELTC, always generous and never complacent, promoting our sport around the world while continuing to set very high standards for themselves and for those privileged to compete at Wimbledon.”

Wimbledon’s backing of open tennis was a pivotal moment in the history of the sport. The Club’s decision to hold a special professional tournament on Centre Court in 1967 and follow it with an open Championships in 1968 triggered tennis’s move from amateur to professional status.

Treading a well-judged line between tradition and innovation, the AELTC has embraced both technology and new construction. Its partnership with the BBC is the longest-running sports rights agreement in world sport, and has been finding inventive new ways to present tennis to a television audience since 1937. Extensive building work at Wimbledon’s Church Road site over the last 20 years has created new player facilities, three new show courts, and a revolutionary roof over Centre Court. Future upgrades are planned to the benefit of players, visitors and the worldwide television and internet audiences alike.

The AELTC also looks out to the wider world and understands its role in inspiring future generations to take up the sport. In 1985, Wimbledon made the first of what would become an annual donation to help the ITF’s efforts to develop tennis around the world. The other majors followed, the Grand Slam Development Fund was established in 1986, and more than $83 million has been raised since.

The organisation’s willingness to collaborate with the Olympic movement in the staging of two Olympic tennis events, in 1908 and to great acclaim in 2012, has ensured that tennis has been centre stage at the biggest sporting event in the world.