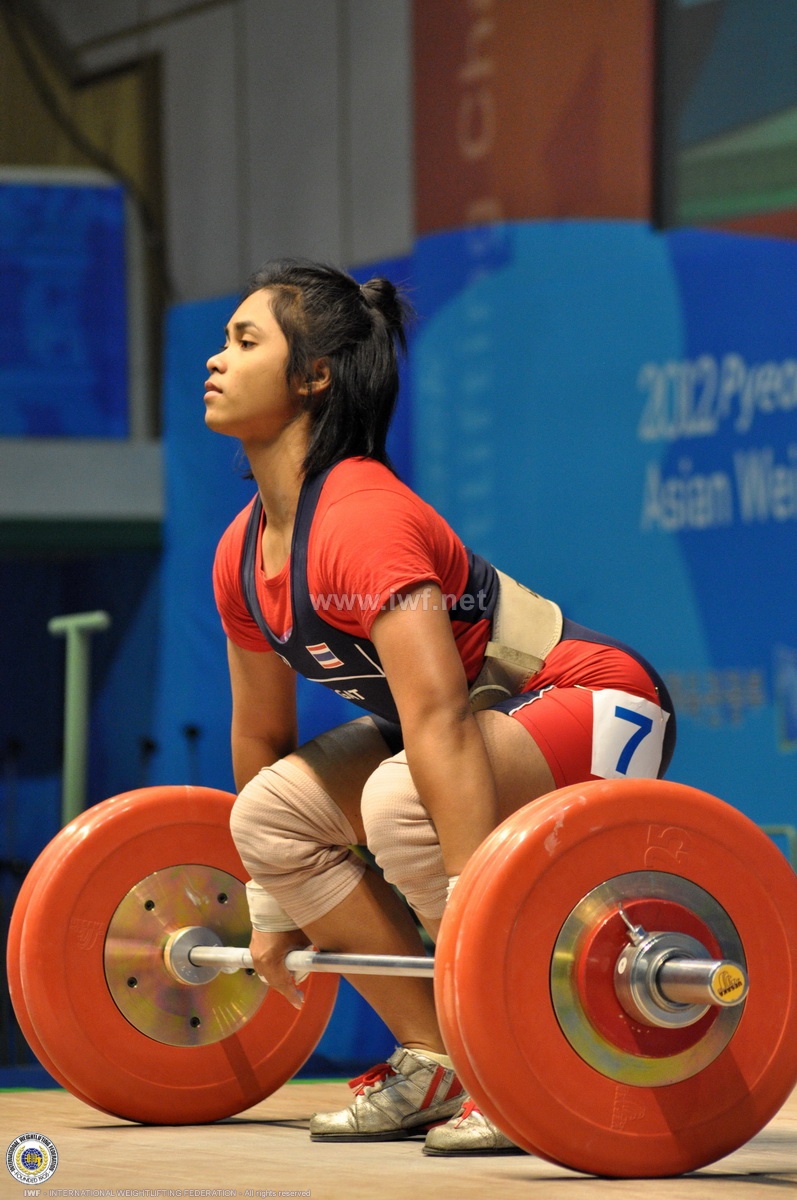 Budapest, HUNGARY, June 28, 2012: International Weightlifting, From 18th to 20th June, Attila Adamfi, Technical Delegate and Aniko Nemeth-Mora, IWF Director paid the last in the line of Technical Visits to London. During their meetings all departments and groups of the Games Organising Committee gave updates and preparations for welcoming Weightlifting in London were fine-tuned.

The visit to ExCel, the Olympic venue of weightlifting took place on the first day when LOCOG took ownership of the building. Construction of the competition and training venues and other functional areas had already commenced and are now in full progress.

LOCOG Weightlifting and Paralympic Manager Matthew Curtain and his Team are doing their best and awaiting the Weightlifting Family to the 2012 Games in London.

Weightlifter Khadija Mohammad on Thursday became only the second woman to be chosen for the United Arab Emirates Olympic team. The athlete, who will compete in the 75kg category in London, was named after the country’s women’s weightlifters secured one place at the London Games by finishing fifth in the Asian Championships in South Korea last month.

“We are proud to belong to this historic moment when we see one of our women athletes qualify to an Olympic Games,” Mohammad Al Kamali, General Secretary of the UAE National Olympic Committee (UAE NOC), told UAE newspaper Gulf News.

After claims that several NOCs and ATRs were reportedly willing to break the rules by offering to buy or sell tickets outside their territory, sell tickets at inflated prices, or sell tickets to unauthorized resellers, the IOC has ordered an immediate inquiry and referred the allegations to its independent Ethics Commission.

On being informed of the allegations, the IOC immediately convened an extraordinary meeting of its Executive Board and determined a number of actions – the convening of the Ethics Commission and asking for any evidence of wrongdoing to be provided to the Commission without delay.

As the result of the implementation of the Qualification Regulation, 84 NOCs from all the 5 Continents obtained quota.

to find the chart containing the up-to-date data.

The 22nd Men and 20th Women European Masters Weightlifting Championships were held from 2 to 9 June 2012 at the Olympic Sport Complex in Lankaran, Azerbaijan. Nearly 300 athletes out of 25 countries competed at the event.

Laurence Mcconnell from Ireland won the title of absolute champion of Men European Masters Championships. The 67 years old athlete, who participated in M-7 age group, performed 104 kg in the Snatch and 130 kg in the Clean & Jerk. With a total of 234 kg getting 263.51 Sinclair points, 452.97 Malone-Meltzer points he set 4 European and 3 Master World Records. Among Women Marga Jorgensen from Denmark achieved great success. The results of the 56 year old athlete is as follows: 44 kg in the Snatch, 57 kg in the Clean & Jerk, 101 kg in the Total; it means – 149.42 Sinclair points, 211.73 Malone-Meltzer points.

The oldest athlete of the competition was the 84 year old Kurt Rosenberger from Germany. He performed 38 kg in the Snatch and 51 kg in the Clean & Jerk. 36 new Records were set (18 World and 18 European Records) during the 22nd Men and 20th Women European Masters Weightlifting Championships. Women athletes established 3 (1 World and 2 European) Records. All the 3 records were broken by Marga Jorgensen from Denmark.

For the purposes of the Prohibited List, the Period of the London Olympic Games shall be treated as an “in-competition” period, meaning that all Prohibited Substances and all Prohibited Methods are prohibited.

Athletes will be subject to Doping Controls at any time during the Period of the Olympic Games for all Prohibited Substances and all Prohibited Methods referred to in the Prohibited List.

Methylhexaneamine is classed as an S6. Stimulant on the Prohibited List. The IWF is advising all athletes to carefully consider their use of supplements and products. Methylhexaneamine is increasingly being found in nutritional supplements, typically those that are designed to increase energy or aid weight loss. Any product that contains any of the following ingredients on the label will be reported as an Adverse Analytical Finding for

As an example, the following list of products contains the banned

substances (not necessarily listed on the label):

This is not an exclusive list. There are several other food supplements that contain the above stimulant that is prohibited in-and out-of-competition.

View all posts by: Abdul Rahim
2 Responses to “Newsletter of International Weightlifting Federation”