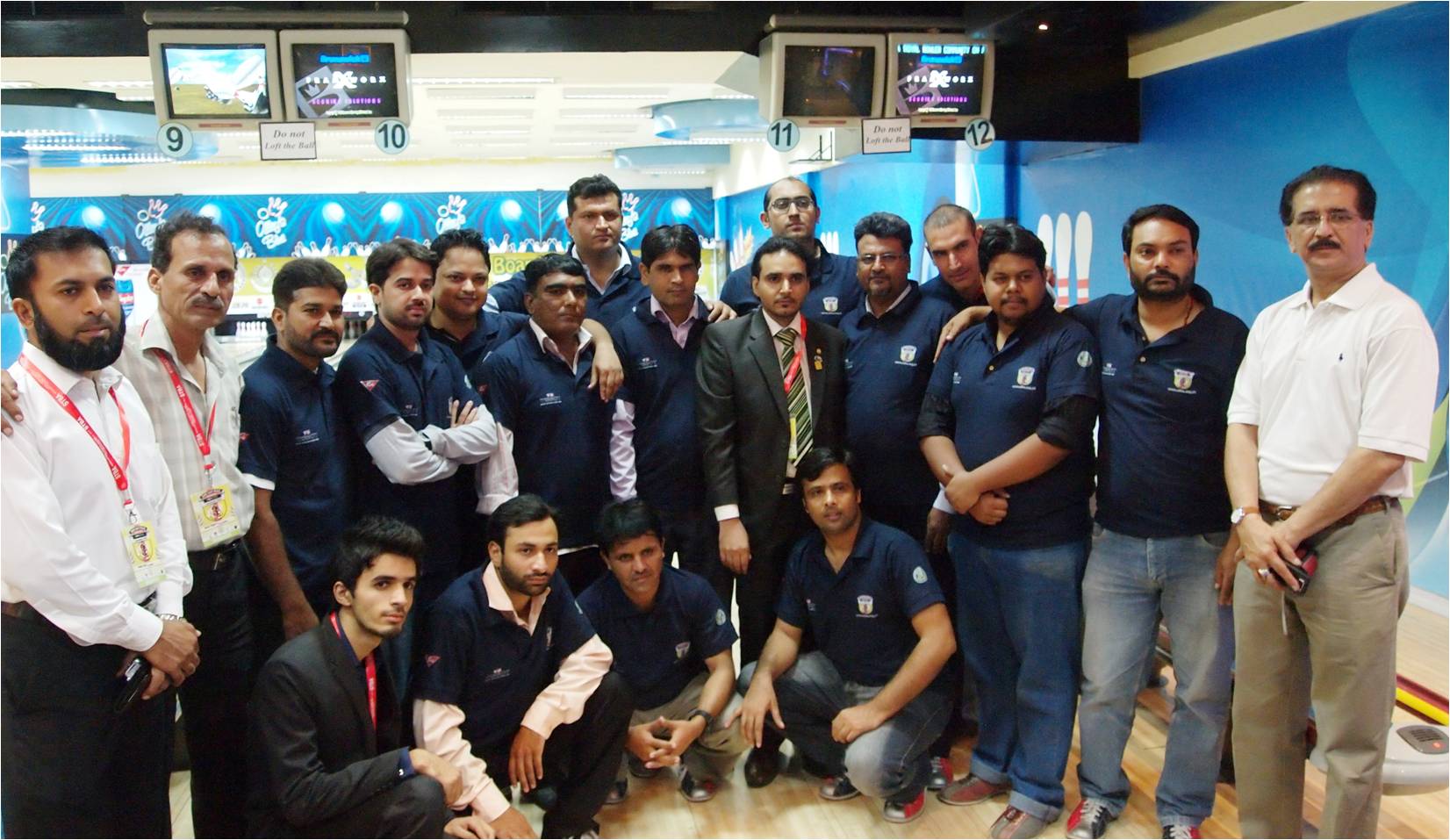 Karachi – Pakistan, July 17, 2012: Inter Media SSB Ranking Bowling, The Tournament was honored with gracious presence of Muhstaq Ahmed Director Sindh Sports Board as Dr Muhammad Ali Shah, Minister of Sports, could not join due to ill health. The event was formally inaugurated by him by Rolling the Bowling Ball.

Since the inception, STBA has shown a significant performance and progression in the development of Tenpin Bowling in the region. Tenpin Bowling is an International Sports which has prospective future in our country; “Sindh Tenpin Bowling Association has played a vital role in promoting the sport in well befitting manner. Our all-out efforts are with them to facilitate their program and events. The STBA team and officials have really given their level best to the sport and they deserve an appreciation.” said, Shoaib Ahmed Saddiqui, Secretary Youth Affairs.

“The role of Print & Electronic Media in the promotion of Sports is an authentic way of communication which not only creates the awareness and exposure of sports on mass medium but it also marks the history in Visual and Literature. The right branding of sports in Pakistan will directly contribute towards the winning status of nation similar” Tissot SSB Inter-Media Bowling Tournament 2012 brings up the significant results educate the media personnel with technicalities of bowling to deliver the right information to the audience”, said Romis Ali, General Secretary, STBA.

The Inter-Media Tournament is marked the most thrilling session in which 15 Print & Electronic Media channels will learn the technicalities of the Bowling sports with professional guide lines by STBA.

Mushtaq Ahmed, Director Sindh Sports Board honored the event with his gracious presence as a Chief Guest of honor in Opening & Media Award Distribution Ceremony along with Aleem Agha, Senior Vice President STBA and Muhammad Amin Nasir, Vice President STBA, Large number of audiences from civil society and participant from Print & Electronic Media were also present in the Opening Ceremony. On the occasion Romis Ali, General Secretary, STBA was graced with the performance award by Director SSB Muhstaq Ahmed for his invaluable contribution and significant development for Tenpin Bowling.