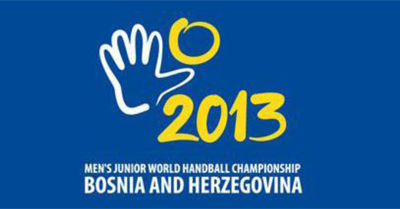 Basle – Switzerland, June 04, 2013: Media representatives may now apply for accreditation in view of the 2013 Men’s Junior World Championship in Bosnia and Herzegovina. Online registration has just started and will be available until 10 July. You may find the registration form on the official event website at: http://www.handballbih2013.ba/WRC2013/en/vijest.php?id=17#.UaixydhmOmp

The Men’s Junior World Championship will be taking place in Bosnia and Herzegovina in the cities of Sarajevo, Ljubuški, Zenica and Banja Luka from 14 to 28 July 2013.

The host will face Congo, Slovenia, Argentina, Korea and Hungary in group C in the capital of Sarajevo. Defending champions Germany will play Croatia, Switzerland, Qatar, Netherlands and Algeria in Ljubuški.

The four best-ranked teams of each group will qualify for the eighth-finals, the eight remaining teams will compete for 17th-24th position as part of the President’s Cup. —- IHF