Home  »  OTHER SPORTS   »   In mourning Maria Simionescu passes away 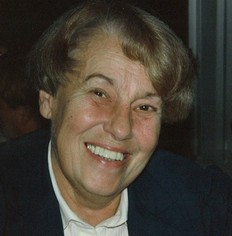 Lausanne (SUI), August 23, 2012: Romanian Maria Simionescu passed away on August 21, 2012 at the age of 85, following a long and difficult illness. She was one of the key figures in women’s artistic gymnastics, as an educator, national coach and latterly, from 1972 to 1996, as a senior FIG official.

At national level, Maria Simionescu devoted her entire career to the development of Romanian gymnastics. Born on September 29, 1927 in Bucharest, she graduated from the National Sports Institute in 1953, staying on as a lecturer until 1956, when she was appointed as head coach the Romanian gymnastics team. She quickly achieved international success, leading the Romanian national team to three editions of the Olympic Games (Melbourne 1956, Rome 1960 and Tokyo 1964). Her record in charge of the national team was extremely impressive: 52 Olympic medals – 18 of them gold – and 85 World Championship medals, including 32 golds.

As Vice-President of the Romanian Gymnastics Federation, she founded the Onesti Gymnastics Academy together with her husband Gheorghe. It became the first specialist gymnastics school to gain recognition at international level.

In 1972, Maria Simionescu was elected as a member of the FIG Women’s Artistic Technical Committee, and went on to serve the most senior roles, as Vice-President, member of the FIG Appeal Commission and as an Appeal Judge.

The FIG is indebted to Maria for all her dedicated work as a member of the Technical Committee and in her various other roles. Highly competent and committed, she was also a born communicator and a talented linguist, who will always be remembered for the central role she played in the Federation and its development.

In the name of the FIG and the international gymnastics community as a whole, the FIG President, Professor Bruno Grandi has sent his sincerest condolences to Maria’s family, friends and the Romanian Gymnastics Federation. —- FIG