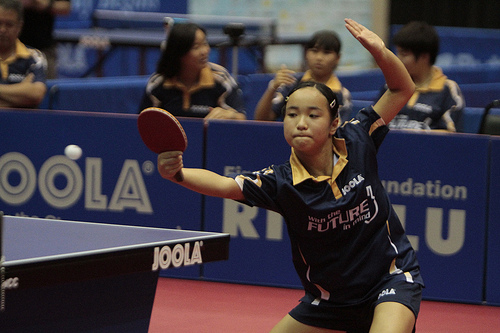 Guam , Nov 01, 2012: Asia emerged as the winners of both the Boys’ and Girls’ Team events at the ITTF World Cadet Challenge in the Western Pacific island of Guam on Wednesday 31st October 2012, overcoming Europe in both finals.

A tournament for players on or under 15 years of age on Sunday 1st January 2012, the quartet of SONG Xu (China), Kohei SAMBE (Japan), HUNG Ka Tak (Hong Kong) and CHO Seungmin (Korea) secured the top step of the medal podium in the Boys’ Team event.

At the semi-final stage of the Boys’ Team event, with Kohei SAMBE, SONG Xu and HUNG Ka Tak on duty; a three-nil win was posted against the Latin American trio of Fermin TENTI (Argentina), Brian AFANADOR (Puerto Rico) and Marlon VITE (Ecuador).

An impressive win and the margin of victory against Europe in the final was equally impressive; three matches to one being the score line. The one win for Europe came in the third match of the fixture with Bence MAJOROS (Hungary) winning a close five games encounter against CHO Seungmin (11-6, 11-7, 8-11, 8-11, 11-9).

However, one wonders if matters could have been very different. In the opening match of the contest, SONG Xu was extended the full five games distance by Patryk ZATOWKA (Poland), saving one match point in the deciding game (11-8, 8-11, 11-3, 7-11, 12-10).

Similarly for the girls it was a three-nil semi-final win followed by a three-nil final victory.

Fielding the trio of HE Zhuojia, Mima ITO and SOO Wai Yam; a penultimate round victory was recorded against the ITTF World Hopes trio of Adina DIACONU (Romania), Monapsorn SARITAPIRAK (Thailand) and LEUNG Tsz Ching (Hong Kong) to book a place in the final where the European outfit formed by Andreea CLAPA (Romania), HO Tin Tin (England) and Natalia BAJOR (Poland) provided the challenge.