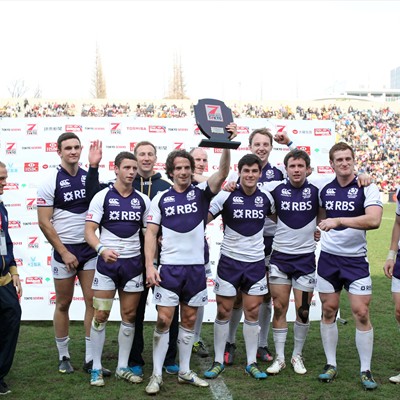 Dublin-Ireland April 01, 2012: The IRB has confirmed the pool draw for round 8 of the HSBC Sevens World Series, the Emirates Airline Glasgow Sevens to be played at Scotstoun Stadium on 5-6 May 2012. The draw was made live on television before the Cup final of the Tokyo Sevens, the seventh round of the 2011/12 season.

Hosts Scotland have been handed a tough draw against home nation rivals Wales, South Africa and Russia in Pool D. As Tokyo winners, Australia head Pool A in Glasgow and face opening matches against England, USA and Kenya. Tokyo runners-up Samoa will play New Zealand, France and Spain in Pool B. In Pool C Series contenders Fiji will start with games against Argentina, Portugal and Zimbabwe.