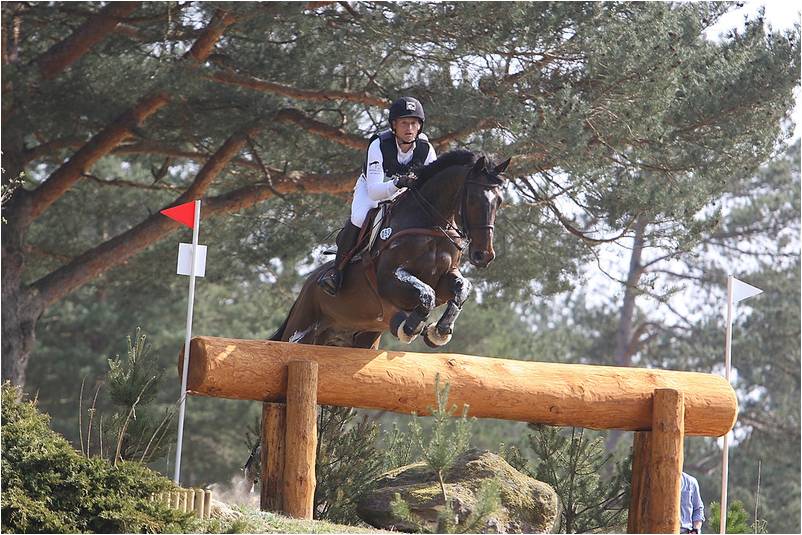 By Aimi Clark, Lausanne (SUI), March 26, 2012: Germany Triumphs, Reigning World and European Champion Michael Jung led Germany to a convincing victory at the first leg of the FEI Nations Cup™ Eventing held in Fontainebleau, France. Jung had three rides and dominated the contest from the outset, finishing at the head of the field with his Badminton entry, Leopin, after adding just two Cross Country time penalties to his first-phase mark of 37.4.

Jung’s teammates Andreas Ostholt (Franco Jeas, individual seventh) and Andreas Dibowski (FRH Fantasia, 22nd) completed with a healthy margin of 14.8 penalties ahead of The Netherlands. France netted third on 226.2 penalties after Australia, which was on target for second following the Dressage, dropped out of the reckoning when Wendy Schaeffer was eliminated on the Cross Country.

Jung, who held the top three places after Dressage, also held on to claim second and fourth in the individual standings at the finish. His Olympic contender La Biosthetique-Sam FBW was the runner-up behind stable mate Leopin following a faultless performance over the coloured fences, while eight faults in the arena saw Weidezaunprofi’s River Of Joy slip one place down the leaderboard to fourth.

Since making his CCI4* début in 2009 on home turf at Luhmühlen and winning on La Biosthetique-Sam, Jung has gone from strength to strength. In 2009, he also secured victory at the HSBC FEI World Cup™ Eventing Final at Strzegom (POL) and clinched individual bronze at the HSBC FEI European Eventing Championships at Fontainebleau in the same year.

In 2010, he topped the HSBC FEI World Cup rankings once more and went on to win the individual World title at the Alltech FEI World Equestrian Games™ in Kentucky, again on Sam, the horse he rode to team and individual gold at last year’s HSBC FEI European Eventing Championships in Luhmühlen.

“Leopin was excited at first but he calmed down in the middle of the course and finished clear, which was very satisfying,” said Jung. “Sam was also a real pleasure to ride. He had an excellent warm-up and maintained it throughout the course. River Of Joy is the least experienced and he isn’t used to this atmosphere which is probably why he made a few mistakes but overall he jumped well.”

“Clear is clear and I am very pleased. It takes constant work to get there but we had a good warm-up. We are working towards the Olympics and this was good preparation,” said Fredericks. “Fontainebleau has really set the scene for the FEI Nations Cup Eventing,” FEI Director Eventing & Olympic Catrin Norinder said.

“The world famous Grand-Parquet was the ideal place to host the start of this brand new team Eventing competition, and it was great to see six nations with some of their best riders and horses battling it out. “We are now looking forward to the next competition at the UK’s Houghton Hall and to watching this series develop.”

Fontainebleau was the first fixture of the new six-leg FEI Nations Cup™ Eventing series, which is open to all nations fielding one team of three or four riders. The next event is at Houghton Hall (GBR) on 24-27 May.

“The new CICO format is very good and the French have supported that,” said Fredericks. “Other federations need to get behind it and support it and hopefully the next stage will see more riders competing.”