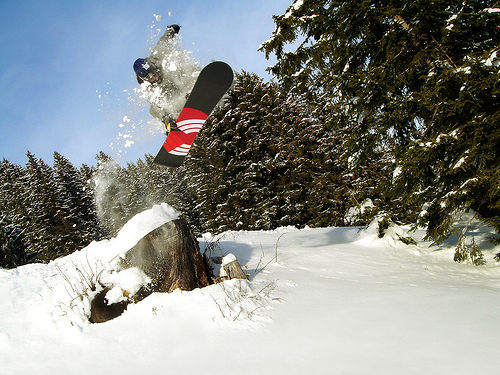 Oberhofen – Switzerland, Sept 20, 2012: The halfpipe, big air and slopestyle events will be all staged on the first weekend (18th-20th January 2013) of the 10th FIS Snowboard World Championships in Stoneham, Quebec, Canada, the snowboard cross finals have now been moved to the second weekend together with the parallel giant slalom and parallel slalom finals.

The schedule change has been agreed upon as part of a FIS inspection at the hosting venue in Stoneham, Quebec (CAN) last week, involving the Local Organisers, FIS officials and TV rights holder Sunset & Vine.

After his return from Canada, FIS Snowboard Race Director Uwe Beier concluded: “In an effort to organise an outstanding event, the largest possible audience and an international live coverage are essential elements. This is why we have concentrated the event schedule on the two weekends. The Stoneham Organisers are already known for hosting high-level World Cup events and are putting a major effort into making this a memorable experience. We are expecting maximum starting fields featuring the world’s top athletes in a total of 11 medal events throughout the Championships.”

More than 500 riders from 40 nations are expected to participate in the Snowboard World Championships which will also give riders an opportunity to achieve the required FIS points that make them eligible for Olympic selection.

In addition to the modifications of the FIS Snowboard World Championships schedule, the World Cup calendar for the 2012/13 season has received an update. Click here to view the current schedule. —- FIS