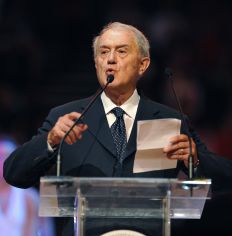 Lausanne (SUI) / FIG Office, July 9, 2013: The FIG Disciplinary Commission has now completed its enquiry and delivered its verdict, finding against the members of the previous Rhythmic Gymnastics (RG) Technical Committee (TC) and one other expert. The Disciplinary Commission had originally ruled that there was no case to answer by the judges who were involved in the intercontinental rhythmic gymnastics (RG) judges’ course in Bucharest (ROU) and the international courses in Moscow (RUS) and Alicante (ESP) – a decision against which the FIG subsequently lodged an appeal.

The Disciplinary Commission has now taken the decision to revoke all brevets that were approved on 31 December 2012, at the end of the three courses, with their cancellation coming into effect as of 31 July 2013. It has further decided to suspend the members of the former Technical Committee from their official duties until 31 December 2014. The individuals in question are: Natalyia Kuzmina (RUS), Mariya Guigova (BUL), Daniela Delle Chiaie (ITA), Shihoko Sekita (JPN), Noha Abou Shabana (EGY) and Caroline Hunt (USA). They will be allowed to continue to train judges, however they will not be permitted to examine them, to award brevets or decide on the allocation of judging levels, nor will they be allowed to oversee the judges at any competition. The Disciplinary Commission further confirmed that they will not be allowed to serve as members of a Superior Jury.

Moreover, the former President of the TC, Maria Szyszkowska (POL), has been stripped of her FIG membership, and excluded from any form of participation in all FIG events and activities, and has likewise been denied the right of accreditation by a FIG member during any FIG events. Her Level 1 Judge’s Brevet has been revoked, as has her status as a FIG Honorary Member (Gold Class). Finally, an official warning has been issued to Pancrasia Sirvent Mut (ESP), the expert who was found guilty in the case.

As a result, the examinations in question will be repeated at the earliest possible juncture in Frankfurt (GER), under the supervision of three experts to be chosen by the Presidential Commission (PC). Following these examinations, the PC will appoint the Superior Jury and the judges who will officiate during the next World Championships, which are due to take place in Kiev (UKR) from August 28 to September 1, 2013. A monitoring commission, presided over by FIG vice-president Slava Corn (CAN), will be constituted in order to ensure the smooth running of the competition. New international courses will be held following the World Championships, with new procedures put in place to ensure that they are conducted in due and proper fashion.

In accordance with the current stipulations, the individuals implicated in these decisions will have the right to submit an appeal to the FIG Appeals Tribunal within 21 days.