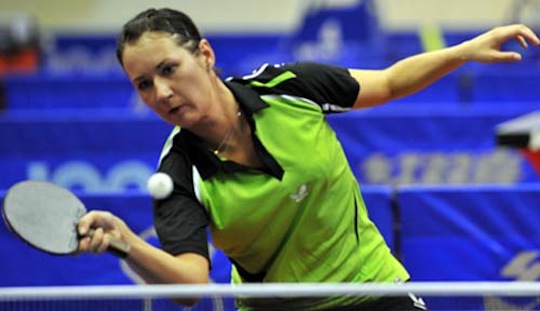 Polina MIKHAILOVA won the Women’s Singles title at the Belarus Open on Sunday 20th May and then one week later was the runner up in Zagreb, beaten at the final hurdle by Hungary’s Szandra PERGEL.

Meanwhile TAN Ruiwu won in Zagreb, whilst Russia’s Vasily LAKEEV was the winner in Belarus.

Four further tournaments Sweden, Morocco, Belgium, Egypt are scheduled for this year’s ITTF Euro-Africa Circuit; the four leading men and four leading women with join the top 16 players, who have qualified via the GAC GROUP 2012 ITTF World Tour for the Grand Finals to be staged in the Chinese city of Hangzhou in December.

Points are based on the prize money on offer at the six tournaments on the ITTF Euro-Africa Circuit.

In all cases there is equality in male and female events.

Next stop on the ITTF Euro-Africa Circuit is Sweden from Thursday 7th to Sunday 10th June for the Helsingborg Open.