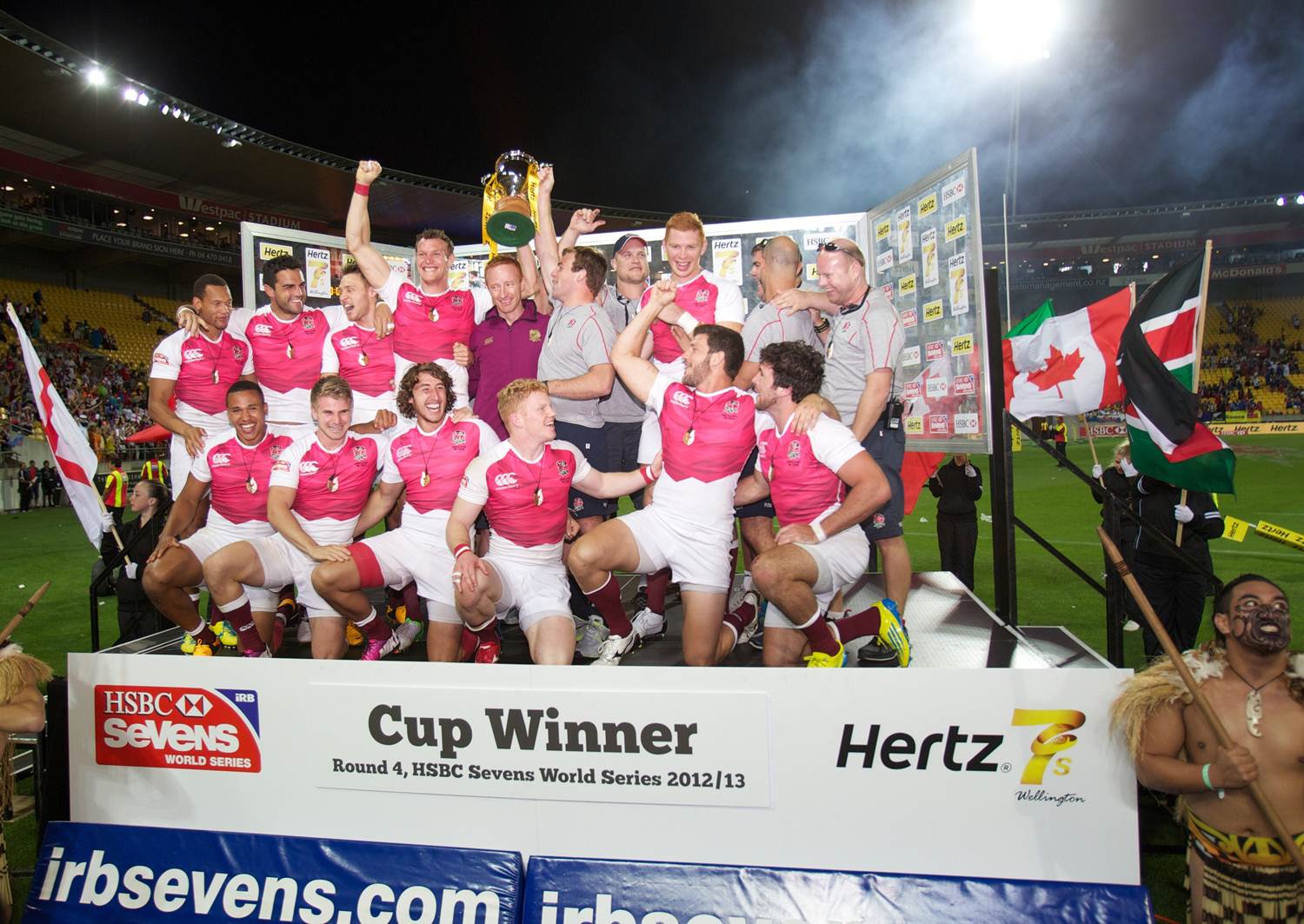 Wellington – New Zealand, Feb 02, 2013: Sevens gold, England’s Sevens side put in their best performance of the season to beat off the superb challenge of Kenya, strike in sudden death extra time and win the Hertz Sevens, round four of the HSBC Sevens World Series in New Zealand’s capital Wellington.

Earlier, England had seen off Scotland in the Cup quarter finals and the tournament’s form side Samoa to reach the final, and they also beat New Zealand in their opening pool match on day one.

In reaching the final, Kenya have risen to second in the HSBC Sevens World Series standings, 21 points behind leaders New Zealand. England’s maximum haul from Wellington takes them up to eighth.

“It is just fantastic, I am overwhelmed to be honest,” said match-winner, Sam Edgerley. “It is my first tournament win for England, and I am the proudest man in the world.