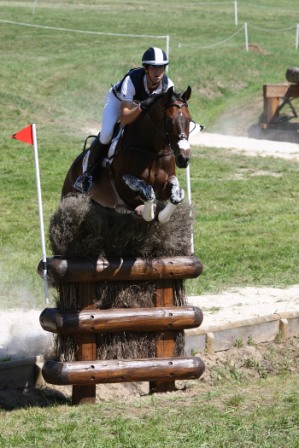 Lausanne (SUI), June 01, 2012: Eleven nations, A total of 44 starters from 11 nations will be competing in the FEI World Cup™ Eventing 2012 series at this weekend’s Strzegom Horse Trials (POL), which doubles as the third leg of the FEI Nations Cup™ Eventing 2012, the FEI’s first team Eventing series.

Some high-profile combinations will be aiming to take an early lead at the first of the four-leg FEI World Cup™ Eventing series, which this year celebrates its 10th birthday. These include Kenki Sato, who helped secure Japan’s team qualification for Eventing at the London 2012 Olympic Games and will be going all out on Chippieh and Toy Boy.

Six nations will also be taking the opportunity to secure valuable points for the FEI Nations Cup™ Eventing at Strzegom.

Germany, top of the FEI Nations Cup™ Eventing leaderboard since the first leg of this exciting trial series in Fontainebleau (FRA), has nominated a strong team in a bid to build on its current five-point lead over France, which has not sent a team to Strzegom.

“Our riders and horses are on fire,” said Hans Meltzer, Chef d’Equipe for the German Eventing Team. “Marcin Konarski’s Cross Country course is always a challenge, but we are definitely ready for it. With Frank Ostholt and Little Paint looking to impress the Olympic selectors this weekend, as well as the team event, Strzegom has an added dimension this year, making the competition all the more exciting.”

Chris Bartle, National Coach to the German Eventing Team, added: “The FEI Nations Cup Eventing has started extremely well and we are happy to have gained an early lead. There was a tremendous atmosphere at the second leg at Houghton Hall last weekend and we fully intend to give it our best shot in Strzegom.”

Spain, currently lying joint-third with Great Britain in the FEI Nations Cup™ Eventing, has a full team of four in Strzegom and will be bidding to seize the opportunity of toppling France from its second place spot.

The Netherlands and Australia are tied in equal fifth, but as the Australians have not made the trip to Poland, the Dutch will be hoping for a move up the leaderboard. Poland, Switzerland and Sweden will also join the tussle for FEI Nations Cup™ Eventing points in Strzegom this weekend.

“We are happy to see such a strong multi-national line-up for the 10th FEI World Cup Eventing 2012 series opener in Strzegom. We are also extremely grateful to Marcin Konarski and his team who are now hosting the opening leg of this year’s series after the unfortunate cancellation of the Chatsworth International Horse Trials in the UK due to waterlogged ground,” said Catrin Norinder, FEI Director of Eventing & Olympic.

“Strzegom will also see a fiercely-fought third leg of our brand new FEI Nations Cup™ Eventing series, which is proving to be a success with riders, organisers and Eventing fans who are looking forward to seeing the competition unfold this weekend.” Photo: PSV J. Morel