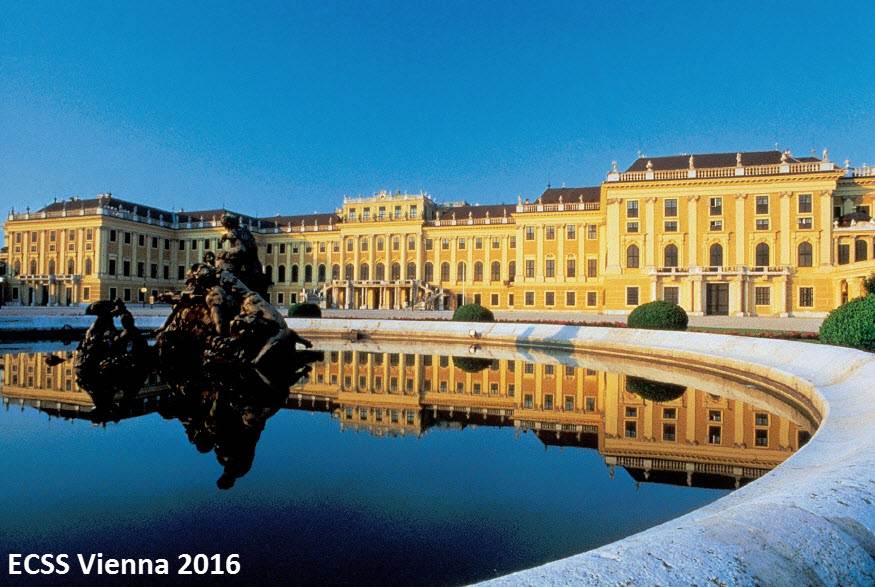 Germany, Feb 28, 2013: CONGRESS BIDS, Following 6 bids from 5 countries inside Europe the ECSS Executive Board has decided to hold the 21st and the 22nd annual congress of the European College of Sport Science in the cities of Vienna, Austria (2016) and Bochum, Germany (2017).

Hosted by the Centre for Sport Science and University Sports, University of Vienna

The hosting institution, University of Vienna, was founded by Duke Rudolph IV in 1365, is the oldest university in the German‐speaking world and one of the largest in Central Europe.

Vienna has established an outstanding reputation as conference city. For 6 years in a row, Vienna has been the number 1 destination worldwide for association meetings (Source: Internationals Congress & Convention Association statistics 2005-2010). Vienna provides all the infrastructure and professionalism required to successfully organize the 21st Annual ECSS Congress of the European College of Sport Science.

22nd annual Congress of the European College of Sport Science

The neighbouring universities of Bochum, Dortmund, and Duisburg-Essen established the University Alliance Metropolis Ruhr to create a university network of 89,000 students, 1250 professors, and a unique diversity of disciplines. The aim of the alliance is to promote the strengths of the individual universities and pursue common research and teaching programmes with the objective of establishing the Ruhr as a region of higher education excellence.

The Metropolis Ruhr is situated in the west of Germany in the Federal state of North Rhine-Westphalia. Throughout the region there live about 5.7 million people in 11 cities and 42 smaller municipalities. When most people think about the Metropolis Ruhr, they think about heavy industry and coal. In recent years the region has undergone a major transformation and is changed from a grey industrial area into a modern and trendy culture metropolis perfectly prepared to host the annual Congress of the European College of Sport Science.