Karachi, Pakistan, May 7, 2018: Alan started rowing in London, and was fortunate enough to train with the GB National Lightweight squad for 2 years (Coach Alan Bennett).

Having worked in engineering, Alan decided to take up an offer to become Boathouse Manager for Westminster School Boat Club. During this time he also coached on the GB National Team for 7 years, working with Under 23 and senior athletes, both heavyweight and lightweight. 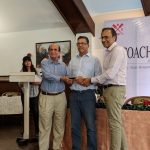 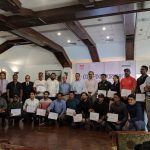 Having previously coached on the Singaporean National Team, he rejoined them again in 2013, going to the World Championships and the SEA Games, securing their first ever gold medal in a single scull event.

He subsequently coached at the 2014 Asian Games finishing 4th, the 2015 SEA games finishing with two bronze medals, and ultimately qualifying and for and attending the 2016 Rio Olympics.

In his current role at Rowing NSW, Alan is charged with delivering coach education across the state as well as managing the Pathways program aimed at keeping young rowers involved in the sport and transitioning from school to club and beyond.

Over the past decade, Karachi Boat Club (KBC) has been actively committed to the development of rowing. Coaching plays a big role in developing our rowers and taking them forward to the next level. We place great importance on our coaches, as they lead teams and have a great impact.