Home  »  OTHER SPORTS   »   Chinese Players In spotlight on BWF Awards 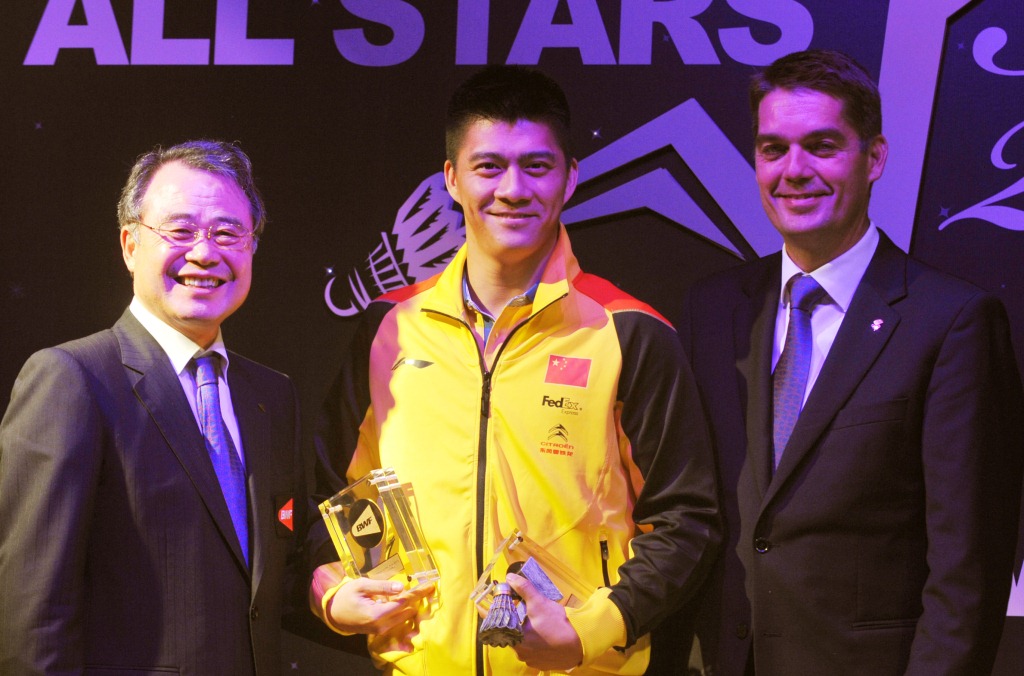 Kuala Lumpur – Malaysia, May 19, 2013: China’s defence of the Li-Ning BWF Sudirman Cup began with a good omen on Saturday evening – three of their squad members copping the Male and Female Player of the Year awards for 2012.

Fu Haifeng and Wang Yihan were the toast of the BWF All Stars Awards as they accepted the big prizes at the Badminton World Federation’s annual showpiece in Kuala Lumpur, Malaysia.

Fu – in tandem with his long-time Men’s Doubles partner Cai Yun (who was absent) – won the top honour from a stellar field after another successful season; the highlight of which was capturing the London 2012 Olympics gold medal. The veteran pair also had a number of BWF Superseries victories last year.

The Female Player of the Year winner, Wang was the Olympic silver medallist and also took home the Malaysia Open and China Masters titles last year. The 25-year-old Women’s Singles competitor also led China’s recapture of the prestigious Uber Cup which they lost to Korea in 2010.

Japan’s Kento Momota was crowned the Most Promising Player of the Year following his successful campaign at the Junior World Championships.

A number of administrators were also rewarded for their services to badminton. Lifetime Achievement recipient, Heather Robson of New Zealand, thanked BWF for the honour via video. However, Hiromi Murai of Japan received her Women in Badminton award in person.

The glitzy, red-carpet event, which was also the welcome dinner for teams in the Li-Ning BWF Sudirman Cup, was attended by players from the 30 squads as well as new BWF President Poul-Erik Hoyer and new Deputy President Gustavo Salazar Delgado.