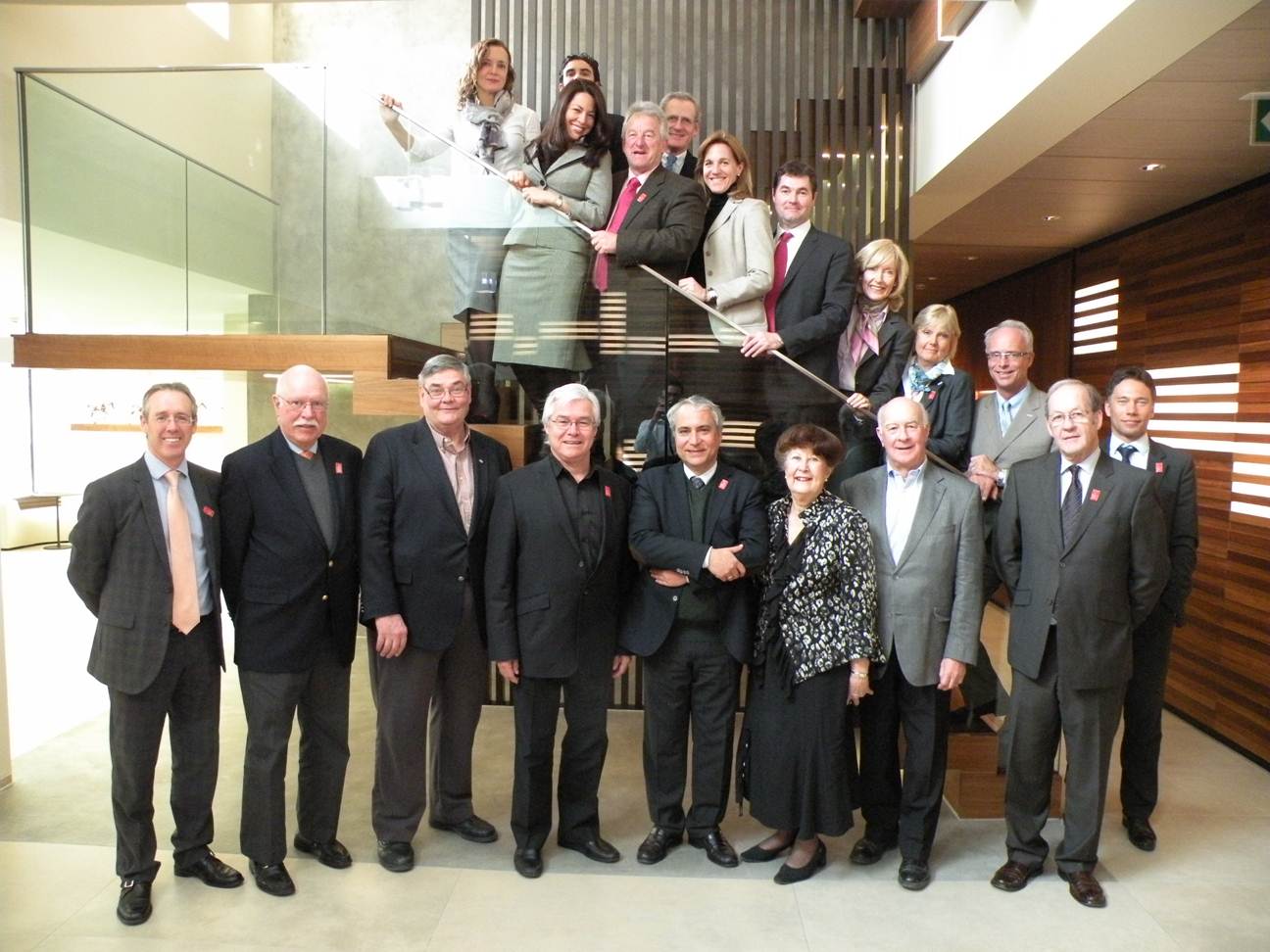 Lausanne, Feb 27, 2013: A delegation led by Paul Côté, President of the Bromont Bid Committee, was at FEI Headquarters today to make an in-depth presentation to the FEI Evaluation Commission as part of the final stages of the bidding process for the hosting rights to the FEI World Equestrian Games™ in 2018.

The presentation included details on the delivery of the sport, including horse welfare and anti-doping, the competition venue in Bromont, the financial plan and revenue generation strategy for the 2018 Games, the public and private partners, the local organising committee, risk management and security, and the legacies to Canadian equestrian sport if the Games are awarded to Bromont.

The Bromont bid committee plans to use the Montreal 1976 Olympic Stadium for the opening ceremony, and the Bromont Equestrian Park, which staged the equestrian events in the 1976 Olympic Games, is the proposed venue for all seven disciplines at the FEI World Equestrian Games™ in 2018.

“We’ve had an extremely constructive and positive meeting with the FEI today and it’s provided a good opportunity for us to present and explain our bid to the FEI team”, Bid Committee President Paul Côté said. “The Committee now better understands the expectations and requirements for the FEI World Equestrian Games and we feel confident that we can organise and manage the Games in 2018. We are looking forward to presenting to the FEI Bureau in July and hearing the final decision. Getting the 2018 Games could change the sport forever in our country.”

The FEI Evaluation Commission will now produce a full report for the FEI Bureau. Once that has been reviewed by the Bureau, the Bromont bid team will return to Lausanne for the in-person Bureau meeting at FEI Headquarters. Originally scheduled for 10-11 June, the meeting has been moved to 1-2 July. Appropriately, the Bromont team will present to the Bureau on Canada Day, 1 July, prior to a Bureau vote to decide on the allocation of the FEI World Equestrian Games™ 2018.

“The World Equestrian Games is the FEI’s flagship event, so the bid process is extremely important to us and we were very happy to welcome the Bromont bid committee to FEI Headquarters today”, FEI Secretary General Ingmar De Vos said. “They gave us an excellent presentation and the members of the Evaluation Commission were very impressed with the attention to detail outlined in the Bromont bid. The team here in HQ is now looking forward to evaluating all the elements and putting together a detailed report that will form part of the final decision making process, but ultimately of course the allocation of the 2018 Games rests with the Bureau.”

Notes: The FEI World Equestrian Games™ are held every four years, in the middle of the Olympic cycle. The seven FEI disciplines – Jumping, Dressage and Para-Equestrian Dressage, Eventing, Driving, Endurance, Vaulting and Reining – are all included on the competition schedule.