“It was our country’s best participation in the Universiade competition. We participated with university teams and we competed with Olympic athletes. Brazil was the second best competitor of the Americas, behind only the United States. We also noticed a very big quality improvement in our staff at this Universiade”, CBDU President Luciano Cabral explained.

To the minister, university sports is an important way through which pass the high-level athletes, and the Ministry of Sports shows a lot of interest in supporting this sports category. “I promise the athletes and representatives of CBDU the commitment to support and increase the diffusion of university sports in Brazil, which is an important base for high performance sports in our country,” Aldo Rebelo said.

Brazilian athletes at the Kazan Universiade won 11 medals: four gold, three silver and four bronze. Rochele Nunes, Universiade judo champion (+78 kg), won her gold medal after beating Cuban Idalys Ortiz, 2012 Olympic champion in London, and became the first Brazilian female judoka to win a gold medal at the Universiade. Her victory was decided in the last five seconds of the fight. According to Rochelle, the experience was crucial to her career as an athlete. “It was my first participation in the Universiade and it was wonderful! Besides having won the gold medal, I saw that the competition has a format very similar to the Olympics. This experience will count in my life and career, because I won the final against the winner of the London Games. All this shows that my workouts are on track and, in a few years, I can be on the highest place of the podium at the Olympics”, said Rochele, who also finished the tournament with a silver in the open category competition. 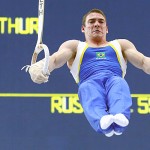 The Brazilian delegation won three more gold medals at the Kazan Universiade, with Ketleyn Frames in judo (-57kg), Arthur Zanetti in artistic gymnastics, and Ronald Julian in the discus throw. Silver medals came with Anderson Henriques in athletics (400m) and the women’s volleyball team. Brazil won the bronze with athletes Rafael Buzacarini and David Silva and men’s team at judo, and the women’s soccer team.

“I have attended two Olympics, Beijing in 2008 and London in 2012. However, it was my first Universiade and I did not know the importance of this competition. It has the same intensity as the Olympics and the level of athletes is very good. And we won the bronze”, said Barbara Barbosa, member of the women’s soccer team in Kazan. “The Universiade brings together the best athletes in women’s football and this helps Brazilian players who have not yet had the opportunity to be part of the national selection to gain international experience to reach a Pan-American Championship, a World Cup or even the Olympics. The Universiade is an important impulse to constitute the primary selection”, Barbara added.

During the meeting CBDU President Luciano Cabral, and the Brazilian athletes honored Minister Aldo Rebelo with a trophy and a uniform of the Brazilian University Team. “We can consider that we are living an excellent time for university sports in Brazil. Today university sport is a real link between grassroots sport and Olympic sport. University sport has reached this level due to the support of the Ministry of Sport with its policy of encouraging student-athletes in Brazil. This honor is an acknowledgment of CBDU not only for the Kazan Universiade, but for the result of all the work that has been done”, Luciano Cabral said. —- FISU