Home  »  OTHER SPORTS   »   Two months away from first ever APB bout 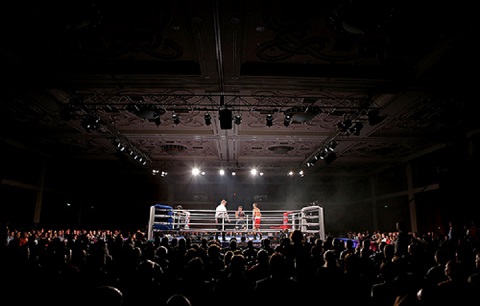 Lausanne, Switzerland, May 21, 2013: The International Boxing Association (AIBA) is delighted to announce that the first ever AIBA Pro Boxing (APB) bout will take place on Friday 19 July in Jeju Island, Korea.

Prior to the official start of the competition scheduled for January 2014, AIBA will stage a number of APB exhibition bouts all around the Globe. These bouts will consist of 8 rounds of 3 minutes with the best fighters in the World involved.

Following the event in Korea, Rio de Janeiro (Brazil), the host city of the 2016 Olympic Games will be the second destination of APB in August. Some additional exhibition bouts are being planned for September with France, Italy, Mexico and Ukraine having expressed their interest in hosting those events.

AIBA Pro Boxing (APB), the individual pro-style boxing competition program under the governance of AIBA, is a revolution for the sport of boxing. It is the first and only individual competition in history allowing pro boxers to compete whilst retaining their Olympic eligibility.

All the foreseen events will be considered as exhibitions and therefore will not affect 2014 APB Ranking. —- AIBA

View all posts by: Abdul Rahim
One Response to “Two months away from first ever APB bout”