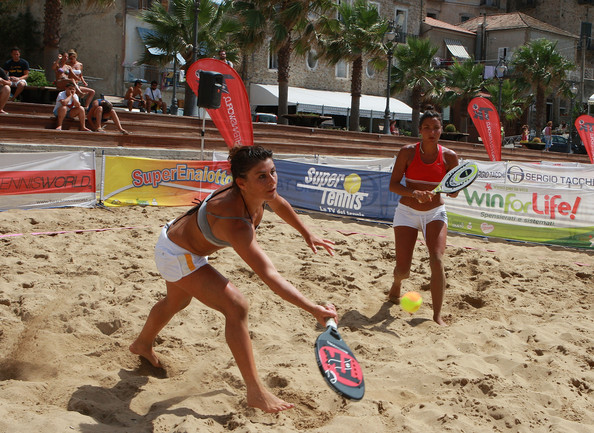 London-April 06, 2012: The ITF today announced that the inaugural ITF Beach Tennis World Team Championships will be held in Moscow on 13-15 July 2012. The Championships will take place at Russia’s National Tennis Centre in a three-year agreement with the Russian Tennis Federation.

The Team Championships will be a mixed competition in which nations will compete against each other on a round-robin basis. Each team will be comprised of two men and two women, with ties consisting of a men’s doubles, women’s doubles and mixed doubles rubber.

The 2011 individual World Championships saw players from a record 19 nations competing for the title, while 40 nations are currently represented in the ITF Beach Tennis World Rankings.

ITF President Francesco Ricci Bitti said: “It is fitting that beach tennis is able to stage its own world team championships following the rapid growth of the Beach Tennis Tour. The ITF is proud of its family of international team competitions, and hope that these championships will attract even more nations to the sport.

“The Russian Tennis Federation has considerable experience hosting major international team competitions, including Davis Cup and Fed Cup by BNP Paribas, and we look forward to working with them in establishing this new event.”

Russian Tennis Federation President Shamil Tarpischev said: “Beach tennis has fast become a very popular sport both in Russia and internationally. It is excellent that the ITF is in a position to launch a world team competition, and I have no doubt that this format will facilitate the continuing development of the sport and encourage more nations to take part.”

“We are very excited to host the ITF Beach Tennis World Team Championships for their first three years and look forward to welcoming nations from around the world to our National Tennis Centre here in Moscow.”