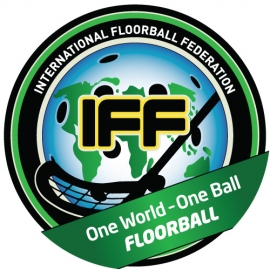 Helsinki – Finland, Sept 10, 2012: The IFF Central Board has invited all the member associations of the IFF to participate in the 11th General Assembly of the International Floorball Federation in Zurich, Switzerland on Saturday the 8th of December, 2012.

The IFF 11th General Assembly 2012 will be held during the Men’s 9th World Floorball Championships 2012 in a location which will be informed later in the City of Zurich, Switzerland, on Saturday the 8th of December 2012, starting at 08.30.

1. Regarding participation in the General Assembly

All member Associations are entitled to make proposals to the General Assembly, but only the ordinary member Associations are entitled to vote, see § 30 IFF Statutes. Nota bene that the ordinary members must have fulfilled all their obligations towards the IFF, i.e. amongst other things have no debts to the IFF unless an IFF approved payment plan is followed. See § 32 IFF Statutes.

• 32.1 Each member Association is allowed to participate with two persons (delegates legitimated by the National Association) at the General Assembly. A person can only represent one Association.

2. Regarding acquisition of ordinary membership

The IFF CB strongly urges the following provisional members to apply for ordinary membership in accordance with the § 13 IFF Statutes below: Belarus, Iran and Philippines.

• 13.1 The Association can be a section of another Sports Federation which is a member of the National Sports Confederation.

13.2 If the statutes and regulations correspond to the statutes of the IFF and the conditions for membership are fulfilled. The provisional membership shall be granted by the CB.

14.2 The Association shall consist of at least 10 Clubs. Exceptions can only be granted by the CB.

14.3 The Association shall be the Organizer of National Floorball Championships.

14.4 The Association shall be member of the National Sports Confederation (Exception: if there are justifiable reasons).

14.5 An application for ordinary membership can also be handed in to the IFF according to article 12, paragraph 1, earlier than the four years.

14.6 Ordinary membership is granted by the General Assembly.

The IFF Central Board invites its member Association to make nominations according to the IFF statutes concerning nominations, see § 30 as follows:

• 30.1 Candidates for election to any office in the IFF shall be nominated to the official address of the IFF at latest 60 full days in advance of the General Assembly. Only persons of an ordinary member are eligible for elections.

30.2 All proposals and motions of the member Associations shall be sent in to the official address of the IFF at latest 60 full days in advance of the General Assembly.

The position that the IFF invites to nominate candidates are:

• President of the IFF

• 9 members of the IFF Central Board

• Chairman of the Disciplinary Committee (DC)

• 2 members and 2 substitutes of DC

• Chairman of the Appeal Committee (AC)

• 2 members and 2 substitutes of AC

Any nomination for IFF CB shall be ready, and have the competence, to head any of the IFF Committees or the Functions of the IFF. Therefore nominations can, preferably, also contain information of the special skills of the nominee or just be nominated to specific seats in the CB. When it comes to persons in the DC and the AC juridical competence in general, and, of at least, the Chairman is of great importance.

Nominations, motions and proposals shall be sent to:

Summons to the IFF General Assembly together with the agenda, CB reports, the financial reports for the years 2010 and 2011 with the related auditors reports, budgets for the years 2013 and 2014, nominations for the Presidency, the CB and respective committees and if there are motions and proposals will be sent to you latest 30 full days in advance (8th of November 2012) of the IFF General Assembly. —- IFF