Karachi, Oct 5, 2018: Three players from Pakistan selected to represent “Rest of Asia” team in the Alchemist Cup Scrabble tournament. This was announced by the organizer Michael Tang today. 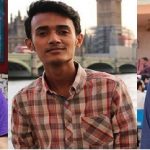 The tournament is scheduled to be played at Penang, Malaysia on December 5-9, 2018

16 years old Sohaib Sanaullah got the opportunity of his life when Sherwin Rodrigues of India dropped out from the Rest of Asia team due to personal reasons.

Sohaib is the youngest player in the competition and will relish the chance of rubbing shoulders with the greatest players in the world.

The other 9 teams announced are as follows;