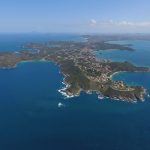 The 2018 ISA World Surfing Games (WSG), the sport’s premium event for national teams, will take place in the south coast city of Tahara tentatively between September 15-22, and comes following the successful hosting of the 2017 VISSLA ISA World Junior Surfing Championships in Japan earlier this year.

Surfing is set to make its Olympic debut at the Tokyo 2020 Games, and hosting the 2018 WSG in Japan will not only offer Surf fans and athletes a further insight into how the sport will look in 2020, but also be the first edition to feature complete gender equality.

Building on the exceptional success of this year’s ISA SUP Worlds in Denmark, the ISA has also announced that the 2018 World SUP and Paddleboard Championship (WSUPPC) will head to Brazil for the first time ever. 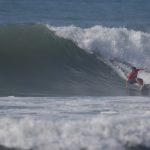 The fastest growing event in the ISA World Championship Series, the WSUPPC will descend upon the idyllic east coast city of Buzios tentatively between November 23 and December 1, with the picturesque Brazilian coastline set to offer the perfect backdrop to elite SUP competition.

Arranged in partnership with the Brazilian Sports Ministry, the City of Buzios and the Brazilian Surfing Confederation (CBSurf), the event is set to tap into one of the world’s most fastest growing SUP markets, and builds on the success of elite SUP surfer Luiz Diniz, who took home Brazil’s first ever Men’s SUP Surfing Gold at the 2017 ISA SUP Worlds, held in Denmark.

Under the guidance of the ISA, the sport of SUP and Paddleboard has flourished, with participation worldwide nearly tripling since the first ISA SUP Worlds in 2012. The ISA’s commitment to the global development of the discipline has led to its inclusion at a host of major multisport events, including the 2019 Pan Am Games and the 2017 Central American Games, held in Nicaragua.

“We are excited to announce excellent locations for two of our major events in 2018. Brazil and Japan are symbolic of the historic inclusion of Surfing in the Olympic Games, as the official vote by the IOC to include Surfing in the Olympic Sports Programme took place in Brazil, and Japan will be where Surfing makes its Olympic debut at Tokyo 2020.

“We are expecting the world’s best surfers will be looking to get a leg up on their competition in riding the wave to Tokyo 2020. The momentum and anticipation around the surfing competitions in Tokyo is growing every day. Bringing our flagship event back to Japan just two years before the Games with surely add to that excitement.

“On top of this, bringing the ISA World SUP and Paddleboard Championship to Brazil, one of the world’s top Surfing and SUP markets, will provide a great opportunity for the growth and development of the sport. The Brazilian Minister of Sport, Leonardo Picciani, has given the event his blessing and full support to grow the sport of SUP and contribute to the economic development of the region.

“We have experienced great success for SUP with inclusion in major multisport events and will continue to lead SUP down the correct path with the goal of Olympic inclusion in the Paris 2024 Games.”

“The ISA World Surfing Games are an excellent platform to display the world-class waves, beauty, and culture of Japan to a global audience. We are looking forward to welcoming the world’s best surfers to experience the waves and hospitality that we have to offer.

“With the event to take place less than two years out from Tokyo 2020, it will be a precursor to the high-performance Olympic surfing and surely will feature multiple stars of the sport who will become the first Olympic surfers.”

“It is with great pleasure that the city of Armacao dos Buzios hosts the ISA World SUP and Paddleboard Championship.

“We are strongly interested in the organisation of the event and in building relationships that can contribute to the delivery of this championship in the city of Buzios, considering that the area is naturally devoted to the practice of water sports and is home to many high-performance athletes in various disciplines.