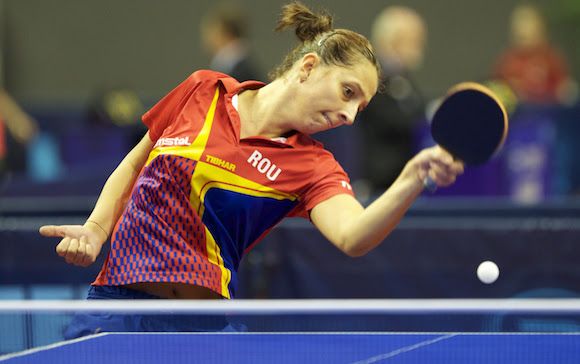 Linz has the honor of hosting the first ever ITTF Women’s World Cup outside of Asia in its 18-year history.

The 20 players competing here in Linz had to qualify for the prestigious ITTF World Cup through their respective Continental Cups, which means only the best of the best can compete.

The only other players to receive the golden ticket to play in the 2014 ITTF Women’s World Cup are the current World Champion LI Xiaoxia (CHN), and the lucky player Elizabeta SAMARA (ROU) who received a wildcard into the event.

The wildcard, SAMARA, who recorded her best result of her career with silver at the Volkswagen 2012 ITTF Women’s World Cup, stated: “It was an awesome feeling to get the wildcard, and it has given me a lot of confidence. I hope I will play my best table tennis. I will never forget my performance from 2012, this is the moment that my table tennis career really took off.”

Two weeks ago DING Ning returned to number one in the world and will be favorite to lift the ITTF Women’s World Cup again on Sunday. The 2011 champion was in a hopeful mood on the eve of the event, commenting: “I am happy to be number one in the world again, this gives me a real boost. My goal here is to make the final, hopefully against LI Xiaoxia, whom I have had some great battles with over the years at the World Cup, World Championships and Olympic Games.

“Anything can happen in a knockout event like this. I will have to be at my best to achieve my goal. I am also focusing on the new plastic balls. I have to adjust my playing style and mentally to cope well.”

Kicking off the event are seeds nine to 20 playing round robin in four groups of three players (two matches each). The top two players from each group progresses to the second round of the competition. This first round draw can be found here

The second round, which starts on Saturday, is a straight knockout with the eight players that progressed from the first round and the top eight seeded players. The players play the round-of-16 and quarterfinals on Saturday, with the semifinals and final on Sunday.