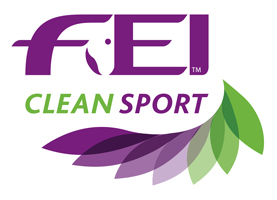 Following a period of consultation with the National Federations, the FEI List Group held its most recent meeting during the London 2012 Paralympics and signed off changes to the List for 2013. The changes include the addition of five new substances and other amendments.

The changes, which will be included in the 2013 List and will come into effect on 1 January of next year, are summarised here and below:

o Five new substances have been added to the List for 2013. These are the Controlled Medication substances Cyclosporin, a systemic immunosuppressant; Tropicamide, which affects the central nervous system and has a potential for abuse; Pitcher Plant preparation (Sarapin), which is reputed to have analgesic properties, a potential to affect performance and its use is considered to be a welfare concern; Delmadinone acetate and Chlormadinone acetate, synthetic steroidal progestins that decrease testosterone concentration and have the potential to affect performance;

o Fentanyl and Morphine (analgesics), both of which are currently classified as Banned Substances, will be moved to the Controlled Medication section of the List in 2013 due to their increasingly common legitimate use in equine medicine;

o Suxibuzone, which converts to Phenylbutazone in the body and is currently listed as Phenylbutazone, will be listed separately under Controlled Medications;

o Deslorelin, which was categorised as a Controlled Medication substance in the 2012 List, will be removed from the 2013 List.

“The FEI List Group seeks to use the most up-to-date scientific research and information as part of its ongoing review of the Prohibited Substances List,” said Graeme Cooke, FEI Veterinary Director.

“The National Federations and all the Veterinarians involved in our sport are very much a part of the consultation process and all comments received on the initial suggested changes, which were first proposed in April of this year, were discussed by the List Group prior to the changes being finalized.

“Publishing the changes to the List 90 days in advance, in accordance with our rules, means that the National Federations and their athletes will have plenty of time to familiarise themselves with the changes well ahead of the 2013 Equine Prohibited Substances List coming into force on 1 January next year.”