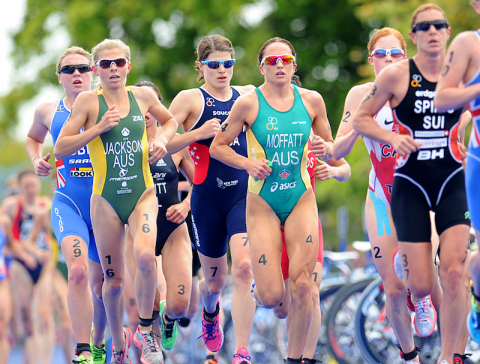 London – GBR, August 10, 2012: The ad hoc Division of the Court of Arbitration for Sport (CAS) has registered an application filed by the Swedish NOC and the Swedish Triathlon Federation (STF) against the decision of the International Triathlon Union (ITU) issued on 8 August 2012 rejecting an appeal from the Swedish NOC requesting that Lisa Norden be ranked in the first place of the women’s triathlon event, ex-aequo with Nicola Spirig (Switzerland).

By rejecting the appeal of the Swedish NOC, the ITU confirmed the ranking of this event, namely first place and gold medal for Nicola Spirig and second place and silver medal for Lisa Norden. Both athletes appear in the ranking with the same time (same second) but the medal positions were decided by the photo-finish.

The Swedish NOC and the STF consider that the ITU did not comply with its own rules because it may not have taken into account the position of the athletes’ torsos when establishing the medal positions.

They add that it is not possible to distinguish precisely on the photo-finish the position of Spirig’s torso, which is slightly back from her belly and which is hidden by the torso of the Swedish athlete. For that reason, the Swedish NOC and STF request that both athletes be ranked ex-aequo in first place and that a second gold medal for this event be awarded to Lisa Norden.

A hearing will take place this evening in the offices of the CAS ad hoc Division in London. In addition to the Swedish NOC, the STF and the ITU, Swiss Olympic, the IOC, LOCOG and the two athletes concerned have been invited to attend the hearing. A final decision will be rendered by the CAS on 11 August 2012 before 12 noon, London time. —- CAS