Lausanne, July 13, 2018: The power of sport to unite was on display during the visit of the International Olympic Committee (IOC)’s Tokyo Coordination Commission.

Organisers announced that the Tokyo 2020 Olympic Torch Relay will begin in Fukushima, before travelling across the country. 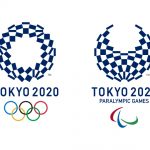 Fukushima was hit by a devastating earthquake and tsunami in 2011, and Games organisers have worked to make sure the local population can benefit directly from the Games, with the Torch Relay and some sports events taking place in the region.

The IOC was also impressed by the significant advances that the Tokyo 2020 Organising Committee has made towards hosting the Olympic Games in 2020.

“Tokyo 2020 comes a significant step closer to delivering Olympic Games that will bring Japan and the world together.

Tokyo 2020 will also welcome media and National Olympic Committees later this year and host its first Test Event in September, while fans can also expect announcements around mascots, tickets, the session schedule and volunteering all in the next few months.”

“Following on from the last IOC Coordination Commission meeting, we were able to share details with the IOC about how hard the local governments are working on their preparations for the Games,” said Tokyo 2020 President Mori.

“It is very meaningful that the Olympic Torch Relay will traverse the whole country, given our hope that the Olympic Games will leave their mark on future generations and provide legacies for the children of Japan (Tokyo Coordination Commission).

I believe these Olympic Games will help lift the spirits of all of the people in Japan, and provide a particular boost to the feelings of people in the affected areas.”

Venue preparation was a core topic throughout the three-day visit, with the Coordination Commission kicking off the first day with a tour of Tokyo Stadium, Musashino Forest Sport Plaza and Equestrian Park.

The multisport venue will host badminton, wheelchair basketball and parts of the modern pentathlon competition, and includes a swimming pool, a gym, a multi-use sports arena and two fitness studios, all of which will also be available for use by the general public before and after the Games.

The Coordination Commission capped off the venue tour with a stop at the Equestrian Park, also known as Baji Koen.

A legacy of the Olympic Games 1964, the Equestrian Park, which is being revitalised with the assistance of the Japan Racing Association (JRA), will continue to benefit Tokyo citizens for decades to come, as it is will be reopened to the public following the 2020 Games.

Just as the Tokyo 1964 Games served as a catalyst to transform Japan, so, too, does Tokyo 2020 aim to harness the power of sport to pass on a legacy for the future (Tokyo Coordination Commission).

This combination of new, renovated and existing venues demonstrates how Tokyo 2020 has embraced Olympic Agenda 2020 to create a sustainable legacy for the city of Tokyo and Japan, while optimising construction costs.

On the final day of the Coordination Commission visit, Tokyo 2020 announced the order of prefectures for the Olympic Torch Relay, which reinforced the Organising Committee’s commitment to ensure that these Games are for all of Japan, with the Relay travelling to 47 Japanese prefectures.

Just as the Olympic Torch Relay will travel across Japan, the design of the Olympic and Paralympic mascots was also a national affair, with school children from 80% of all Japanese schools having voted on their favourite design.

Tokyo 2020 will also welcome broadcasters from around the world to the World Broadcaster Meeting in two weeks’ time, which is an essential event in the preparation for the Olympic Games, as provides details on the services and operations available to broadcasters as they transmit the Games around the world.

This participation originates in the recommendations of Olympic Agenda 2020’s the New Norm and reinforces the IOC’s and organisers’ commitment to enhancing the experience of athletes, stakeholders and fans.

The Paris 2024 Organising Committee was on-site to observe the meeting and learn from Tokyo 2020 (Tokyo Coordination Commission).

The two Organising Committees further cemented their commitment to working together by signing an MOU underlining their cooperation with the aim of ensuring the successful delivery of their respective Games.

The Coordination Commission also analysed important operational elements during its visit such as the competition schedule and ticket prices, which will be discussed next week at the IOC’s Executive Board meeting in Lausanne. —- IOC