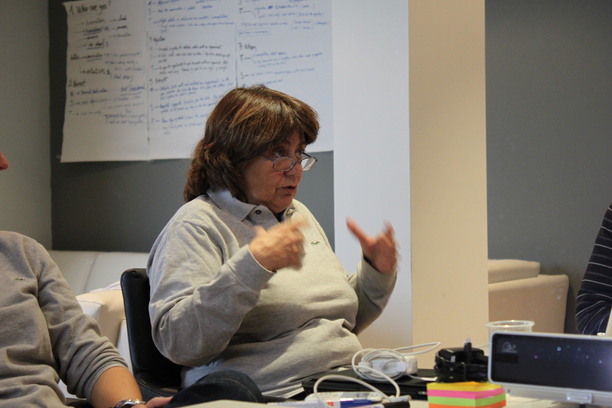 The Spirit of Sport Awards 2012 will be presented during the 10th annual SportAccord Convention in Quebec, Canada on 24 May 2012. The annual awards commend the commitment and humanitarian spirit of SportAccord members who have made an exceptional and lasting contribution to using sport as a tool for positive social change.

Mestre has been dedicated to sport for people with a disability and to the Paralympic Movement for more than 16 years. She started out as a guide for visually impaired skiers in 1996 and went on to become a coach. In 2000, she first got involved with the IPC. Two years later Mestre became a member of the IPC Alpine Skiing Sport Technical Committee, for which she has been the chairperson since 2006.

In 2010, Mestre co-founded the organization Play and Train together with Mariona Masdemont. The organization’s main objective is to provide people with a disability and their families the opportunities to practice, learn and train in sports and leisure activities, regardless of their ability, gender or age.

Play and Train organizes camps, training and cultural programmes to achieve these goals in a manner that is sustainable and leads to long-term development of sport for persons with a disability. In co-operation with the Agitos Foundation, Play & Train recently organized a Winter Youth Camp in La Cerdanya, Spain.

Speaking to www.paralympic.org of her nomination Mestre said: “I feel very flattered that the IPC put forward my nomination. I just love the work I do and the more I get involved, the more I like it.”

Xavier Gonzalez, Chief Executive Officer of the IPC said: “I’d like to congratulate Sylvana on her nomination, it is thoroughly deserved. She is very much an unsung hero of the Paralympic Movement and I would be delighted if she was to be the winner of the award in May.”

Mestre’s work has touched the lives of hundreds of individuals with and without a disability and provided a better future for the Paralympic Movement. Image © IPC