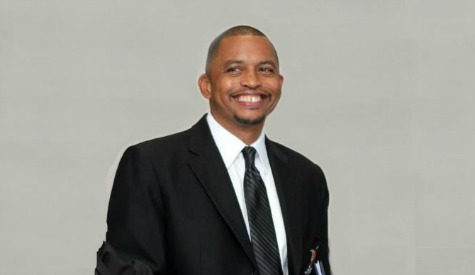 Trinidad and Tobago, June 30 2013: Brian Lewis, While this goal may be deemed unrealistic, Lewis boldly revealed that if athletes, national sporting organisations (NSO) and a nation, do not set big targets, then we will continue to produce average and mediocre performances on the global sporting stage.

With TT’s two lone golden Olympic performances derived from veteran Hasely Crawford and the young Keshorn Walcott, Lewis is certain that once the proper structures and programmes are implemented, a continuum of top-notch performances can be maintained from the many credible athletes of this twin-island nation. His ultimatum, a total of 10 gold medals altogether by 2024.

Crawford’s gold came at the Montreal Games in 1976 and TT had to wait 36 years before Keshorn Walcott brought gold to these shores yet again.

“We have to change the mind-set and set big goals,” he said. “We have gone past the times when we were just happy to qualify and participate. In the Olympic realm we must think gold.

The build-up to the Olympics include CAC, Pan Am, Commonwealth, Youth Olympics and Youth Commonwealth and at all these events we must have gold medal aspirations. We have to aim for greatness and set a bold challenge for ourselves.”

The Fatima and St Anthony’s College graduate also indicated that the TTOC will continue working with and educating its NSO affiliates on several courses, which would eventually amplify their purpose toward producing more all-round and complete athletes locally.

Lewis heaped praises on past representatives of the TTOC and their partners for setting a foundation which has proven to be a success, with TT’s largest Olympic medal haul at the 2012 Games.

His intention however, is to continue on this path and enhance those plans already in place to ensure a constant flow of quality athletes in as many sporting disciplines.

“The TTOC has a number of elements. The High Performance Centre, which is really about the Olympics on one end, Sport-4-All, which is about participation.

We also build a capacity with sports administration courses, encouraging to shape communities and health and wellness among others. These are simply what we have done over the years in terms of building the NSOs,” he explained.

The former TTOC general secretary added that national athletes must also set their own personal goals and work toward them. While he declared that the fruits of this nation’s sporting labour are a testament to the work done by those before, he insisted that even bigger goals must be set if we are to really fulfill our potential.

“You will get a sense of backward thinking from people who see this as such a stretch and almost unrealistic, but the reality is that in anything you do, you have to strive for greatness. We as a nation must come out of this paradigm shift that things are impossible. The only way we can measure our full potential is if we aim for greatness,” he concluded. —- By: Brian Lewis