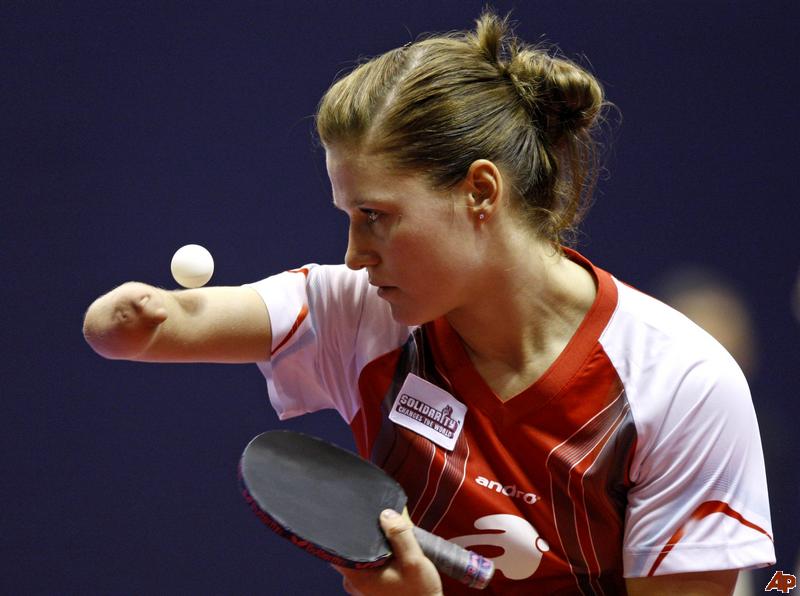 IPC News: Polish Para-Table Tennis Player Natalia Partyka has been voted the International Paralympic Committee’s (IPC) Athlete of the Month for October after winning the women’s Class 10 singles competition at the Para-Table Tennis European Championships in Split, Croatia, without losing a single game along the way.

Partyka received 46 percent of the vote on the IPC’s Facebook poll to fend off the USA’s Tatyana McFadden (Athletics) and Belgium’s Lars Mertens (Wheelchair Rugby) for the title. Russia’s Valery Ponomarenko (Shooting), Sweden’s Wheelchair Rugby team and Bosnia and Herzegovina’s Sitting Volleyball team were also up for the award.

Winning gold in the singles competition secured Partyka’s spot at the London 2012 Paralympic Games, where she will play for her third Paralympic singles gold. “It’s a big success, but on the other hand, I was the favourite, so I just did my job,” Partyka said of her performance in Croatia.

The 22-year-old, who was born without a right hand and forearm, has consistently been ranked No. 1 in the para-sport world and has even cracked the top 50 on the able-bodied side. The European Championships were Partyka’s final international competition of 2011, but she will continue to devote the rest of this year to training full-time.

“For me, the most important thing in Table Tennis is my shape, my game, my results and achievements, and that’s all,” Partyka said.

“I am not thinking if I am already or if I will be in the future the best player ever. I think that’s possible. I’ve won many titles, but I’m still pretty young, so we will see that in a few years. I’d like to be the best, and that’s why I’m spending so many hours in the practice hall.”

Partyka is one of 4,200 athletes expected to compete at the London 2012 Paralympic Games.